If you’re looking to get some diecast models, it is common to see the Minichamps brand on the shelves. This is because one of the known brands that make diecast models is actually Minichamps. Minichamps is a German company known for its production of 1:43 and 1:18 scale models.

Minichamps is a German company that was formed in the 1990s. They are now famous for producing good quality models at a cheap price. One of its reasons is that their manufacturing process has been transferred to China and is very good in mass-producing models.

This article would talk about Minichamps. The company as the whole and their products. We are going to see their strengths and how they were able to produce model cars that are cheap but of good quality.

Minichamps is actually good when it comes to providing model cars that are cheap but surprisingly sturdy. But take note that Minichamps don’t have as many models as other brands such as AutoArt and Maisto. However, they make it up by producing models with quality, durability, and craftsmanship.

Minichamps are among the best 1:18 scale diecast models available at a reasonable price.

The MINICHAMPS automobiles feel nicely put together due to their sheer weight.

They’re the heaviest of the lot, which is essential to me because weight equals quality.

They’re sturdy, but their models are open to reveal textured seats and steering wheels.

The exposed cables from the cockpit to the engine are made of actual rubber and are cable tied just like the real thing.

The motorsport center brake light, as well as the rear engine lower crossbar and red tow hook, are composed of independent sections.

The hood pins are also separate.

That’s why when it comes to raw materials, I can say that Minichamps are doing their best to produce high-quality models.

In fact, they are good in model manufacturing that multiple luxury car brands allowed them to produce replicas of their cars.

Many vehicle manufacturers, including Mercedes-Benz, Audi, Porsche, Volkswagen, Opel, and BMW, have allowed Minichamps to produce official promotional replicas due to the high quality of its die-cast models.

So in the future, we can hope for more detailed and quality models from Minichamps which is quite exciting especially if we’re looking at their price point.

Also, take this as my 2 cents but in my opinion, Minichamps are very good in mass-producing models.

This can be easily seen since they don’t have as many models as other brands like let’s say Hot Wheels or AutoArt.

I also think that it’s the reason why they were able to produce good quality models at a cheaper price since the more they produce, the cheaper they produce them.

Where is Minichamps made?

Minichamps are now made in China. Although it is a German company, they started outsourcing their labor to China in order to compete with other companies. Even if they outsourced their products, they still make sure to use quality raw materials. This made their brand known for producing durable models.

The name Minichamps was inspired by one of their models, a DTM Audi V8.

They began to use the moniker on occasion soon after.

Minichamps began competing with Onyx in 1998 since they both produced Formula 1 and Touring Car models.

Minichamps have been noted for the meticulous detail in their 1:43 scale miniatures since their inception.

However, while Minichamps is a German diecast model company, they started to outsource their production in China.

One of the reasons why Minichamps started outsourcing to China is because it would reduce the cost of labor which allows them to compete with other brands.

Actually, it is one of the things that made their products cheap.

That’s why right now, Minichamps is known for producing products at competitive prices. Even if they have a cheap price, they were able to maintain using metal alloys in the production.

This produced models that are very sturdy.

Furthermore, they started mass production which significantly reduced its price even more.

That’s why on 1/18 scale models, Minichamps is actually known for its cheap but good quality products.

Of course, you can’t compare their product quality to other premium brands such as AutoArt.

If you’re interested in high-quality diecast models, then I suggest you read my article about AutoArt. Here is the article: Why is AutoArt Expensive and Valuable?

But I am not alone in this.

In fact, I made a poll asking for the best diecast car brand and AutoArt once again won. It is a fun experiment and I am sure you would also like reading it. Here is the article: Which diecast car brand is the best? A survey from a community of 24,300 collectors

Minichamps is a German die-cast car manufacturer best known for its 1:43 and 1:18 scale models. It was formed in 1990 as Paul’s Model Art GmbH in Aachen.

During the 1970s, the company grew out of the Danhausen trade catalog of miniature cars and custom-made Danhausen diecast releases.

Some of the first Minichamps automobiles were kits built in the late 1970s. The BMW 320 Turbo, for example, had 40 pieces. With a little planning ahead of time, the models were not difficult to put together.

In 1990, it was the German Touring Car Champion. Minichamps was producing over 110 different castings in several hundred distinct racing liveries and three different scales by 1995, and they were also sponsoring real racing cars.

In 1996, the company was renamed Minichamps GmbH. Minichamps is a manufacturer of die-cast replicas of Formula One and other racing automobiles, as well as civilian cars, 1:12 scale motorcycles, trucks and buses, and military vehicles.

Items like emblems in the middle of steering wheels and hubcaps, as well as separately molded pieces for windshield visors, door handles, air vents, headlamp lamp lenses, and hood badges are all included in 1:43 scale cars.

Again, the majority of models are made in China. 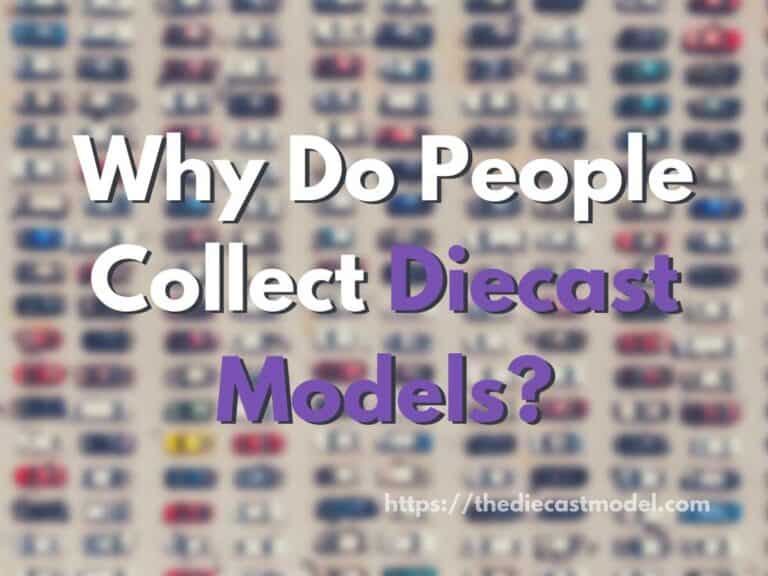 You may know someone who likes collecting model cars, planes, trains, or buses. However, for someone who doesn’t understand, it can be hard to figure out why people collect diecast models. Furthermore, you may be researching and finding some new hobbies. Thus, I decided to write this blog post to give you insights into why… Collecting as a hobby is both a way of life and an act of self-expression that convey through an enthusiast like us who collect model aircraft. Two famous companies producing aircraft models are Herpa Wings and GeminiJets. Thus, this article would talk about their differences. But here is the main point of the article. GeminiJets… Matchbox is one of the brand toys which will never go out of the market. However, the model and quality of the cars have changed compared to the ones manufactured in the 1960s and 1970s. Matchbox cars are still being made or manufactured today. However, Matchbox Cars are now manufactured by a different company (Mattel)… When you are a car enthusiast, you are naturally inclined to anything related to the car, even the smaller scales of your favorite brands. And, if it’s nurtured well, it becomes an obsession gradually. If you’re searching for a scale model of your car, chances are you’ll end up looking for spotty ones. Maisto is…