Lledo cars are one of the old diecast model brands that made a significant impact in the industry. They also introduced many unique things to the industry, such as the introduction of their unique scales. However, because of too much acquisition and rebranding, many wonder if they are still in the market today. I’ve done some research to present the things I’ve found in this blog post.

Lledo cars are not being made because they went bankrupt in 1999. This caused them to have a rebrand leading to the new brand Corgi. Corgi went through numerous launches until now where Corgi recently released a new series called the Corgi Chunkies.

So, what happened with Lledo cars? Are they still made?  In this blog post, we are going to talk about a brief history of Lledo cars. We will talk a little about how it was made, about the company, and some rare models from Lledo worth collecting.

Are Lledo cars still made?

On September 24, 1982, Universal Toys, owned by David Yeh, came up as the buyer and relocated the factory to Hong Kong.

After a few years, Universal Toys removed the name “Lesney Products” from all molds.

Odell believed that producing British models for British collectors could still be profitable in England.

In 1982, Jack and Bert purchased a large portion of the Lesney tooling and machinery from the Matchbox factory in Enfield, Essex, and began an eight-month tooling-up program for six models known as the ‘Days Gone series.

The first of Lledo’s three-piece themed sets were released in 1987.

Only 10,000 of these sets were made, each with its own unique numbered certificate of authenticity.

They were a massive hit with Lledo collectors and started a new trend in Days Gone collecting.

This set’s value has already risen, and a good example is now worth around £50.

Following the initial success of the limited edition sets, Lledo went a step further in 1989, the year of the Battle of Britain’s 50th anniversary.

During the 50th anniversary, two commemorative sets were created: one with a limited edition of 10,000 pieces and the other with an open or unlimited edition.

Both sets included various airfield support vehicles from the early days of the Battle of Britain, and Lledo donated to the RAF Benevolent Fund for each pack sold.

The open set was a huge success, marking a new era in the company’s history.

The sets were successful and generated over £1 million in revenue as a single model in just 12 months.

Lledo was the largest diecast model manufacturing company in the UK in 1998, employing around 300 people and manufacturing over 6 million models per year.

In 1999, Corgi paid nearly 2 million pounds to acquire certain assets from Lledo, including the right to the Lledo brand name and specific tooling.

What scale are Lledo vehicles?

Lledo made scale cars that are in the 1:80 to 1:100 scale which is new to the market. However, they started introducing the 1:43 scale model after introducing the Vanguards, which is different from their previous Lledo models.

Lledo collaborated with Kellogg’s cereals in the United Kingdom to create a set of four land speed record cars in 1993.

These models were a significant departure from Lledo’s usual multiple-livery classic vehicle fare.

They were entirely new castings that Lledo did not subsequently reproduce in any other promotional form.

In 1996, Lledo introduced the Vanguards line, specializing in classic British cars and other European vehicles.

Many traditional British marques were represented in the For Anglia’s fourth update, including Hillmans, Jowett’s, Wolseleys, Rovers, Triumphs, Vauxhalls, Austins, Morrises, and Jaguars, and the range grew to more than 40 different vehicles.

Later, the Volkswagen Transporter van was available in various liveries, including bright yellow with the Bosch Auto Electrical logo.

Vanguards differed from previous Lledos in that they were produced on a consistent 1:43 scale.

Jack Odell, the former president of Matchbox, founded the ‘Lledo’ company in 1982.

He established Lledo as a diecast model company with Mr. Bert Russell.

He reversed his surname and became known as ‘Lledo’ to avoid forgetting his wireless call sign.

Their goal was to recreate the area of the 1920s and 1930s in diecast vehicles and wagons.

For more than ten years, Lledo was one of the leading diecast toy car brands.

However, the brand couldn’t compete with the high-quality, low-cost diecast producers of Hong Kong and China.

What Happened to Lledo?

Lledo declared bankruptcy in 1999 because it couldn’t compete with other companies who outsourced production to China. Their competitors started to significantly reduce their cost of production and were able to sell high-quality models at a cheaper price. Lledo’s naming rights was bought by Corgi and are now known as the Corgi Classics Range.

Despite shipping large quantities of products, the company could not compete with low-cost producers from Hong Kong and China who entered the special promotions market with high-quality products.

As a result, Lledo declared bankruptcy in 1999.

Corgi purchased the naming rights and model range, who continued to manufacture Lledo models in China until 2005, and Corgi merged the remaining models into the Corgi Classics range.

Which Lledo cars are rare?

The Lledo DG30020a 1939 Chevrolet Panel Van is the only model of Lledo considered rare these days. This is because old Lledo cars are aimed at kids. Thus, most models are lost, damaged, or improperly stored. Currently, only 4 of these models left have a book value of about $450.00.

With children’s toys, most examples produced were played with, lost, damaged, or improperly stored, and people discarded their boxes almost instantly.

Almost none of the Lledo “Days Gone” range was vigorously played with, and nearly all of them were intact in their original boxes.

Because there are so many variations on just a few basic models, assembling a complete collection is unnecessary and repetitive.

Hence, these toys can be found almost anywhere old toys are sold in mint condition for a few pounds.

Only one model of Lledo is known to be rare these days.

Only four of these genuine DG models were ever produced, and the value is £450.00. 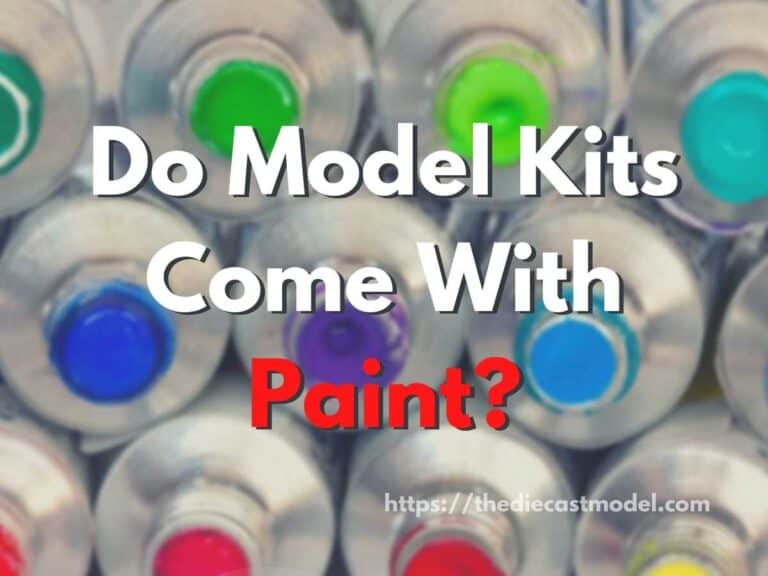 Remote Control Planes (also known as RC planes) are planes that can be animated with the use of remote control. Despite the fact that remote-control planes have been in use for years, new technology has made them more accessible, entertaining, and straightforward to fly. Some models are small enough to fit in the palm of… Scale model cars have been around for a long time, and their dominance in the world of toys is undeniable. Some model car manufacturers are best known for their historical model car production; some are for their unique representation. The companies that make model cars are Hot Wheels, Matchbox, AutoArt, Minichamps, Maisto, and Bburago. These…