As a collector, one of the hardest questions you would answer is what diecast car brand is the best. It is so hard because there are different types of collectors each with its own preferences such as price, detail and so much more.

Thus, I decided to make a poll to ask on forums consisting of about 24,300 collectors. My aim here is to find what the majority of the collectors think on the topic of which diecast car brand is the best.

According to the majority of collectors, the best diecast car brand is AutoArt getting 50 out of the 137 which is 36.50% of all total votes. This is because AutoArt is always famous for its attention to detail. The second is Hot Wheels having 35.04% of total votes.

In this article, I am going to show my data so you can see plus screenshots. You would also see the scores of other brands.

But first, I would like to start with providing the screenshots of the poll and how I got the data.

However, as with almost all surveys, I can’t make them all answer to the poll but I got a total of 137 votes.

Here is one of the data from the bigger community. I will compile the data later in a table.

But in their community, most are a fan of AutoArt which is actually a good diecast brand and one of my favorite when I’m talking about attention to detail.

In this second poll, I was quite surprised with the results.

But in the second poll, it seems like Hot Wheels is winning.

I actually attribute Hot Wheel’s popularity to the votes. It is not surprising that most people would recognize Hot Wheels because of the commercials we always get.

I remember having too many Hot Wheels commercials when I am watching some cartoons way back to my childhood.

First, let’s talk about my data.

Actually, I also voted in the poll. This is because I am part of the community and I think voting first would encourage others to vote.

Thus, since I voted twice, I actually subtracted 1 vote from AutoArt because that’s what I voted for.

That’s why the vote for AutoArt in the data became 50 instead of 51. I subtracted one of my votes since I voted twice to encourage others to vote.

But I think this data gives an accurate result on which diecast car brand is the best.

Let me arrange them for you.

These are the best diecast car brands based on their votes.

So, based on the data, we can conclude that.

I will be giving a brief introduction to each of these diecast car brands. I will also arrange them according to the most voted to the least voted.

According to the poll which got 137 votes from collectors, AutoArt is the best having 36.50% of the total votes.

It got 50 votes which are actually not surprising.

When it comes to details and attention quality, AutoArt will simply not be left behind.

Their models are very detailed that even the rims and dashboard would look like the real one even for a scaled model.

Furthermore, the paint they use on their models is all premium quality. Thus, it would be quite rare to impossible to see imperfections on their finished products.

AutoArt is actually a Hong Kong based model car manufacturer which has produced over 45 different car models that ranged from the 1/12 to the 1/64 scale.

As you can also see, I also voted for AutoArt since I like their brand.

Also, whether I voted or not, it would still win first place on the poll.

If you are interested in AutoArt, I actually have an article you can read. I’ve made a summary of why AutoArt is Valuable. You can find the blog post here: Why is AutoArt Expensive and Valuable

In my opinion, if you’re on a budget, Hot Wheels is a good choice. That’s why I am not surprised with it getting second place.

Plus, they make good 1/64 scale model cars plus tracks.

I also believe that popularity is the cause of this amount of votes for hot wheels. This is because of their intense emphasis on marketing campaigns.

I would always remember those Hot Wheels commercials since childhood and they are the first car model brand I’ve actually owned.

For the price to quality ratio, I can’t complain. They actually did well to provide cheap model cars.

What I mean is that even if they are a lot cheaper than AutoArt, if you check the price to quality ratio, they would almost be the same.

Hot Wheels is owned by the company Mattel which we will discuss later.

If you’re interested in Hot Wheels, then I have an article for you to check out. It is where I discussed how hot wheels produced good quality models for a cheap price. Here is the link: Why are Hot Wheels Cheap

Also, if you’re interested in collecting them, here is my article for that: Are Hot Wheels Worth Collecting?

The third place goes to Minichamps getting 11 votes or 8.03% of total votes.

In my opinion, this brand is not getting the love it deserves since they actually make good quality 1/18 scale models.

Furthermore, their models are reasonably priced.

They won’t even lose if you are checking their price to quality ratio. They provide good detail at a reasonable price.

The reason for that they are known for providing heavier models which mean that they are really sturdy because they are made with almost all metal.

So, I think their low vote count is because of 2 things.

One is that, unlike Hot Wheels, they aren’t that popular.

The second is that the collector’s scale is the 1/43 scale which Minichamps is not known for.

If you want to know more about scales, then I have an article for you. Plus, I even computed the price to ounce ratio per scale and it’s interesting. here’s the article Diecast model scales: A Complete Analysis

If you’re looking for a sturdy model with textured seats and steering wheels, I believe that Minichamps can offer you that.

I actually thought that Matchbox was popular. But I am wrong. It actually tied with Bburago getting 7.30% of votes each.

Matchbox is actually owned by Mattel.

If it seems familiar, this is because Mattel owns Hot Wheels.

They actually bought Matchbox a few years back so, that’s a good fact to know.

That is also why Matchbox car’s and Hot Wheels’ tracks are compatible with each other.

You can actually play a matchbox car on a Hot Wheels track and vice versa.

If you’re looking for their difference, the main difference is that Hot Wheels are more on the fantasy side while Matchbox is more on the realistic side.

I think that’s why it’s not that popular.

What I mean is that you would see ghosts or sharks on a Hot Wheels track while on a Matchbox, it would be more realistic.

But they both perform well on the 1/64 scale.

If you’re interested in more differences between Matchbox and Hot Wheels, feel free to check this article: Matchbox cars vs Hot Wheels: Which is better.

Bburago tied with matchbox cars getting 7.30% of votes.

Bburago is owned by May Cheong Group but before, it was actually an Italian company.

However, Bburago went bankrupt in 2007 because of Maisto. That’s why it was bought by May Cheong Group who owns Maisto.

For more information on Bburago vs Maisto, I actually have an article for you. Here is the link: Which is better Maisto vs Bburago

However, Bburago is actually good when it comes to creating supercar models such as Ferrari.

This is especially true for Ferrari model cars since they even hold an exclusive license to make Ferrari diecast cars.

They are also known for these model cars: Ferrari, Lamborghini, Maserati, Porsche, McLaren, Bugatti, and many more.

Maisto is last on the list having only 8 votes and getting 5.84% of the total votes.

However, it is worth noting that Maisto dominated the market before that’s why Bburago went bankrupt.

Maisto is actually owned by the May Cheong Group. The company that bought Bburago.

In my opinion, this is one of the best brands when we are talking about price. You can get a model for half its price compared to other brands if you chose to get Maisto.

Furthermore, they research their detail well.

In my opinion, what made it last is also because of its price.

Because it is way cheaper than other brands, their raw materials and labor cost should also be low in order to make a profit. Thus, it won’t be able to show its quality and detail like other models.

However, I must say that their 1960s and 1970s models were actually really good and worth collecting especially the Harley Davidson models.

“Only the things I love.“

So, here are the things I personally love when taking care of my Diecast Models. 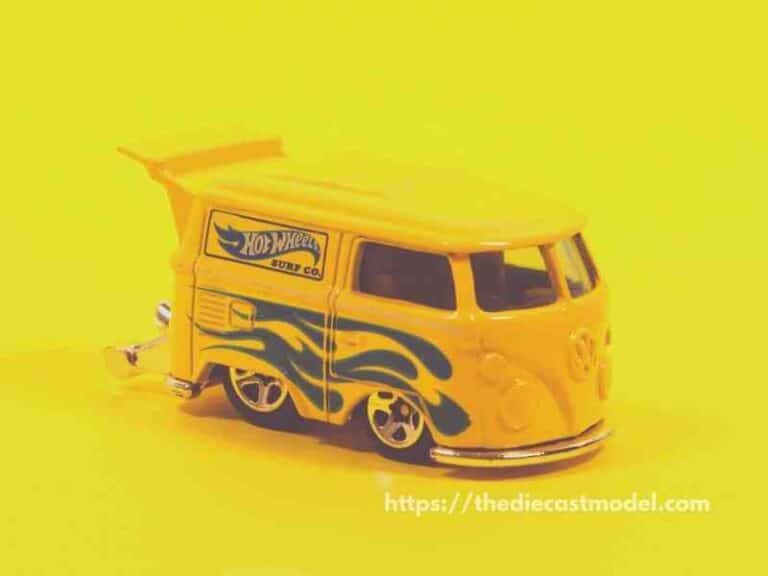 One of the brands you would eventually come across in becoming a hobby collector is Spark Models. For diecast and kit collectors, they might wonder where they are made from. In this article, we are going to talk about Spark as a company and its products. Spark models are diecast and are made using the…