HO and OO scale trains are both popular scales for model railroaders. HO is 1:87 scale, and OO is 1:76 scale. While their gauges are similar, there are some differences. This blog post will talk about their differences, compatibility, and some history behind the formation of these train scales.

This post will talk about the differences between the HO and OO scale. We will talk about their history why these scales are made popular in different areas. Furthermore, we would also discuss their compatibility, such as combining their cars and running on HO scale train tracks.

Using the table above, you might already have a complete understanding of the differences between the two scales.

HO is about 15% smaller than the OO scale. The difference in their size has a story between them.

I will talk about the history later and why it is 15% smaller. But, for now, please note that these two scales aren’t the same since the HO scale is in the 1/87 scale while the OO scale is 1/76 scale.

This difference is slight, and most people will do fine with using either on their build.

But first, let’s talk about a common misconception which is OO scale isn’t the same as the O scale.

This means the O scale is bigger than the OO scale.

The following section will discuss the history between the HO and OO scale. Then, finally, you will understand why there is a 15% difference between their size and why these tracks’ rails are compatible with one another.

Why do the British use OO scale model trains?

The British use the OO scale model trains because it became popular when Hornby Railways introduced their first clockwork train in 1938. The clockwork train has a big motor that requires them to enlarge the body making the OO scale. Furthermore, the difference in the imperial and metric systems also played a role on these scales.

OO scale model trains started in 1920 by Hornby. However, it was not popular then. It was popularized by Meccano when they released the Hornby Railways in 1938.

This was when Hornby Railways produced their first clockwork train.

However, one of their challenges was that the motors were too big to fit HO scale bodies.

That’s why they made a 1/76 scale model train to make it slightly bigger, which is now known as the OO scale.

Now that you know a bit of the history behind the OO scale, the most popular question is why the OO scale model fits HO scale tracks.

This is why their first clockwork model could run on HO trains even if they are larger.

Furthermore, the size difference is quite negligible and will still look realistic.

Some highly detailed people would not want the OO scale to run on HO tracks since they are still larger and could not look to scale compared to the surroundings such as HO trees, people, cars, and more.

However, there is another famous story about why the HO and OO scale is different. In fact, the real answer to this question isn’t completely solved, but the most popular is the Hornby’s clockwork train.

But since I want you to know everything about these two scales, I would also introduce another story on creating the OO scale.

Initially, the train sizes are named using the gauge. So, for example, gauge 0 is smaller while gauge 1 is larger.

As you probably guess, the “0” gauge is where the O scale came from.

Initially, the 0 gauge is 7mm to 1 foot, which is the initial standard for the O scale model trains. However, it was converted to inches when these ideals were introduced to the US.

They converted the O scale to 1/4″ to 1 foot which yielded a 7% difference.

Because of the conversion from O scale to HO scale, this difference went from 7% to 15%.

Thus, the scale difference of OO and HO was born.

I hope these two stories answered your question on why we have HO and OO scales.

The OO gauge uses the same gauge as HO. That’s why OO scale trains can run smoothly on HO gauge tracks. However, their scales are different. That is also why gauge is not similar to scale. Gauge is the distance between rails, while the scale is the relative size of the train to the actual model.

You have probably wondered why the OO gauge, which is slightly larger than HO, can run on HO tracks.

OO trains run on HO track because they use the same standard gauge which is 0.65 in or 16.5 mm. OO scale trains can also run on narrow gauge tracks provided that their wheels are compatible with the track.

I am talking about other gauges because there are other gauges HO trains used. For example, narrow gauges like the HOn3 or HOn30 require a different set of wheels even for HO trains to run on these tracks.

Learning about these narrow gauges is essential since not only are the tracks not compatible with standard gauges, they also require different sets of wheels for the model train.

Don’t worry because I already made a post that talks about gauges in a separate article. You can find it here: Things to know about HO scale trains.

While the OO scale model trains can run on HO tracks, there are things to note before doing this.

First, take note that while OO trains can run well on the HO track, some OO model trains tend to look a little bit too big for the layout since OO scale trains are larger than the HO scale.

Also, combining the cars of each scale requires a different set of couplers since HO and OO scale couplers are not entirely compatible.

This means you can’t just put an OO locomotive with an HO freight or passenger car since it often requires you to change couplers.

Furthermore, it would look weird that the locomotive is bigger than the cars or vice versa.

That’s why it is best to put OO cars together and not add any HO cars in between.

What’s next? To know more about HO train tracks like HOn3 or HOn30, feel free to check my complete guide on HO trains here: Things to know about HO scale trains. 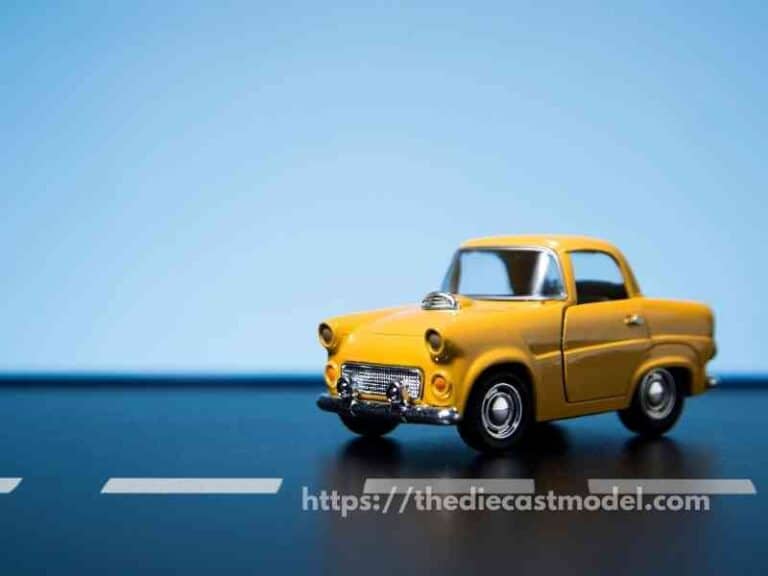 Chances are, you have some old Hot Wheels in your basement or garage and wondering if they are worth something. I also had the same question since I know that Old Hot Wheels are really worth a lot of money. But those Hot Wheels that fetch for as high as $150,000 came from the 60s…. In maintaining diecast models, one of the questions people always ask is if diecast models rust. That’s a common question since it is common knowledge that metals rust. Do diecast models really rust? If they rust, are there ways we can do to prevent it? Let’s find out. Diecast models can rust. It hardly rusts…