One of the things you might wonder is, what is the most popular model train? Well, the answer depends on where you’re located, where you will put the layout, and the size of the layout you will be using. This post will cover popular train scales and where they are specifically popular.

The most popular model train scale is the HO or the OO scale depending on the location you’re in. This scale accounts for 60 to 70% of the total model trains sold. This popularity is followed by the N scale, which comprises about 20% of the entire model trains sold.

What Is the Most Popular Model Train Scale?

The most popular model train size or scale is the HO scale. This accounts for 60 to 70% of the model trains used worldwide. Due to the number of trains available at this scale, this scale is also the least expensive due to competition between manufacturers.

That’s why we need to think about when the scale is popular so you will completely understand their popularity and why they are popular in certain scenarios.

For now, let’s talk about model train scale, size, and gauge. Before I go further, I need to introduce each of these terms to be on the same page throughout the post.

When we talk about model train size, we usually talk about two things: the gauge and scale.

In the old days, modelers used gauges when telling the size of their model. For example, when people say gauge 0, it is the largest model train scale.

As you probably guessed, gauge 0 is also where the O scale came from.

Basically, the smaller the gauge, the larger the train model.

However, the world switched how we name our models from gauge to scale.

Scale is the relative size to the actual model. So, for example, when we say that the model train is HO size, it is 1:87 scale.

1:87 scale means that the actual train is 87 times larger than the replica, or you need to stack up 87 models to get the length of the real train.

In the following sections, I will discuss some popular scales and where those numbers such as N and O come from.

This is a brief introduction to scales and gauges. If you need more information regarding scales, particularly the HO scale, please check this post: Things to know about model train scales.

What Is the Most Popular Model Train Scale in the US?

The HO Scale is the most popular scale in the US and also the cheapest scale.

This is because there are lots of manufacturers that offer this scale.

In fact, many beginners would usually start with an HO set and layout since it is also easy to get props on the HO scale.

What I mean about the props is that there are lots of trees, people, cars, and buildings sold on the HO scale.

But what is the HO scale? The HO scale is 1:87th the size of the actual model.

This means it is 87 times smaller than the actual train.

But what do I mean by gauge here? Well, in model railroading, the gauge can mean two things. One is the old terminology for train size, and the second is the distance between rails.

Please take note of the distance between rails since we will use it later.

Since gauge is used before for train size, some modelers still use the term for scales. So, for example, when they say HO gauge, this means the train is on the HO scale.

You need to understand that its use depends on the situation and the person you are talking with. Some people refer to gauge as the size since it was the old way of telling the train size.

However, a gauge is now often used to talk about the rail width.

That is enough talk about scale, gauge, and sizes.

Please note that the HO gauge is not the most popular scale in other places such as the UK.

That’s what we’ll talk about in the next section.

What Is the Most Popular Model Train Scale in the UK?

Many train modelers get confused when they go to the UK to see their layouts.

While their trains have fitted HO rails, the OO scale seems a bit larger than the standard HO scale.

This is because the most popular scale in the UK is not the HO scale. Instead, they use the OO scale.

This is because of Hornby, which is the dominant model train brand in the UK.

In fact, Hornby is so popular that one of their rarest model train, the Princess Elizabeth train, was sold for $4,200 in an auction.

For more information on some expensive Hornby trains, you can check it here: Are Hornby Trains Valuable?

But why? Why did Hornby make the OO scale? Well, we will talk a little about history.

When the HO scale became the dominant scale in the USA, Hornby decided to make the train models of the same scale to sell in the UK.

OO scale trains can fit into HO scale tracks since they originally intended the train to be the HO size.

However, they had a problem when they manufactured the train. The problem is that the train motor can’t fit inside the locomotive.

Rather than getting smaller motors to fit inside, they decided to make the train’s body slightly larger. Thus, there is a 15% difference in size between HO and OO scales.

While they changed the body to account for the larger motor, they didn’t change its wheels, making it run on an HO gauge.

Since Hornby is the dominant model train brand in the UK, the scale is now the most popular in the UK.

However, the story of the OO gauge is still up for debate. Some say it came from the transition from the imperial measurement system to the metric system.

I made a post talking more about the stories behind the history of OO in another post. You can find it here if you’re interested: HO vs. OO scale.

Now that you know the most popular scale model train globally, let’s talk about the second most popular train scale.

What Is the Second Most Popular Model Train Scale in the World?

While the HO and OO scale is the most popular, it has many problems.

First, HO and OO scale trains aren’t made to be used outdoors. This means people who like to create layouts in the snow or rain can’t use the scale.

Second, not everyone has a large room or basement to fit a train layout.

Some people Iive in an apartment where they have a tiny space for layouts. This limits the use of HO trains since HO trains need at least 4 x 8 feet of space to make a simple oval layout.

Third, some people would like to make a whole scenery with mountains, trees, houses, people, and more. This means if this layout is done in HO, it will need a lot of space and might not even fit an entire basement.

The second and the third reason is why people started to use N scale models.

Generally speaking, the N scale came from the word 9 millimeters, which are their rail gauge.

This is in comparison to HO and OO, which use 16mm rail gauge.

This smaller size allowed people with tiny spaces like people living in apartments to make a train layout.

Furthermore, since they are smaller than HO, modelers who would want a large layout but can’t fit it in the basement can use the N scale to do the job.

Because of the N scale’s popularity, it is considered the second cheapest scale and accounts for 20% of the total train models worldwide.

In fact, when you see a model train smaller than HO, it probably is in the N scale.

The N scale is the most popular model train scale for people who have little space for model railroading and its price is a good alternative for HO or OO scale models.

However, what if you want a weatherproof layout where it can be used even if it is raining or snowing? Both the HO and N scales won’t do well on this occasion and might need a different scale model.

That’s what we will talk about in the last section.

What Is the Most Popular Model Train Scale for Outdoors?

The most popular model train scale for outdoors is the G scale. The G scale is designed to be used on gardens. Hence, the term “G.” G scale train models are often weatherproof and made of sturdy material, which is why it is popular for outdoor designs.

While many modelers like to use HO and N scales, others like to layout their lawn or garden.

That’s where the G or the Garden scale shines.

The G scale is intended to be used outdoors. That’s why it is also called the garden scale.

However, the G scale’s similarity is in the gauge, which uses a 45mm track.

That is why I briefly discussed gauge earlier. This is because the G scale is not using scales for its size. Instead, it uses gauge.

This is also why some modelers call the G scale the “gauge scale” since it is the only scale that follows the gauge for its size.

Whether you call it garden or gauge scale depends on you since both make sense, much like the story of OO gauge trains.

What’s next? For the two most popular stories behind OO and HO gauge, feel free to check this post: HO vs. OO: Scale, History, and Popularity Die casting is a manufacturing process for creating metal parts often used in many industries such as automobiles, models, appliances, and more. But why? Why do these industries use die casting instead of other methods? This blog post will answer a part of this question: how accurate and precise diecasting is? Diecasting is accurate because… 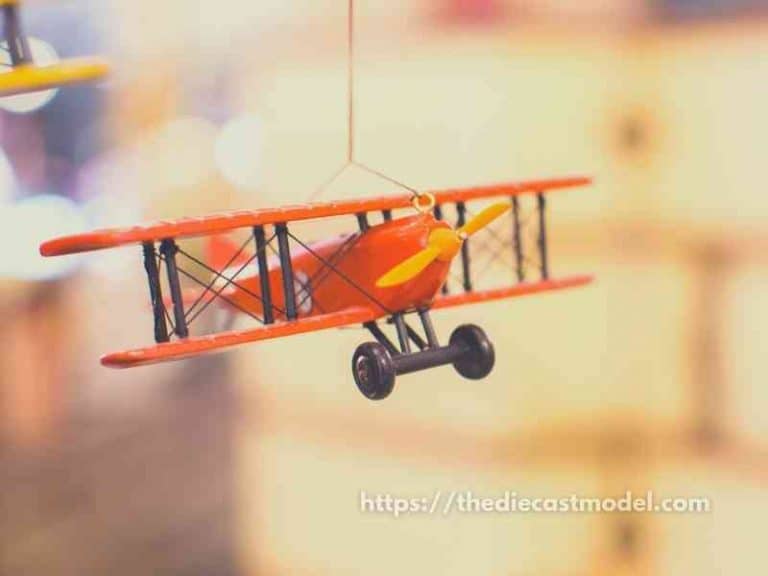 Mattel, an American toy company, launched the Hot Wheels brand of die-cast toy automobiles in 1968. It was Matchbox’s main competitor until Mattel bought Tyco Toys, the former owner of Matchbox, in 1997. Many automotive companies have since granted Hot Wheels permission to make scale copies of their vehicles, allowing them to utilize authentic design… When going to toy stores, you might have seen those Hot Wheels and Matchbox cars and wondered if you can use them on your train layout. Upon checking their label, you found out they are on the 1:64 scale. Since 60 to 70% of the total train layouts are on the HO scale, you might…