The O scale is one of the popular scales for modelers. Before, it was once the most popular scale in the market. Thus, there came a time when many varieties of the O scale were made, such as the O27 scale. This blog post will discuss the similarities between the standard O gauge and the O27 gauge.

The O scale has a similar gauge to O27 which is the 32mm or 1.25″ gauge. This is why most O27 trains can run on O scale tracks. However, O and O27 gauges have many differences, such as their track length, materials, and turn radius.

After reading this post, you will know the similarities and differences between the O gauge and the O27 gauge. In addition, we will also talk about their history and why O27 was built.

The O gauge is not the same as the O27. While they use the same standard O gauge, the O gauge tracks are taller and longer than the O27 tracks. Furthermore, O27 cars are generally shorter than O gauge cars. Lastly, O gauge needs 31″ while O27 only requires 27″ of space to form a circle track.

Back in the day, the O gauge is the most popular gauge. However, the model railroading space is now dominated by the HO gauge.

The O gauge is popular because of Lionel when it introduced the scale in 1915. However, the O scale is actually an adjustment and not as realistic as many people think.

To make a realistic track in the 1/48 or the O scale, you need at least 6 feet of space to form a circle track. However, this is not realistic since not everyone has that much space in their home for model railroading.

Due to these adjustments, they adjusted the O gauge tracks to just need 31″ of space to form a circle that is now considered the O gauge.

However, the problem of space is still there, and many manufacturers started to make the turns steeper. That’s when they made the O27 gauge tracks.

While the rail width of the O and O27 is the same, they have a different track lengths and turn radius. We will talk about that later in their difference, but for now, the only thing you have to understand is that the O27 gauge is the product of manufacturers trying to make the hobby suitable for everyone.

To make the O scale hobby suitable for everyone, they made the O27 gauge not only require smaller space but also cheaper. This means the O27 scale used thinner and more affordable materials than the O scale.

While their materials and length are different, both used the standard O gauge. That’s why it is still called the O27 gauge.

The O and O27 used the same trains since both are in the O gauge. However, not all O scale trains can run on O27 tracks because of the turn radius.

There are more similarities between the O and O27 gauge tracks. For example, they both require at least 8 pieces of curved tracks to make a circle amounting to a 45° turn.

However, please take note that it requires at least 8 pieces. This means some can even go for 10 or 12, depending on how steep the curves are.

Due to the similarities between the O and O27 tracks, their tracks are also compatible. However, since the O gauge is a bit taller than O27, you need to install a 1/4″ spacer on O27 tracks so it will be leveled with the O gauge tracks.

Leveling the tracks ensures that the trained model will run smoothly.

We’ve already talked about the similarities between the O scale and the O27 scale. In the next section, we will discuss their differences.

What is the difference between O scale and O27 scale?

The table above summarizes the differences between the O scale and the O27 scale. However, note that there are some exceptions to the rule, which we will discuss in this section.

Note: The “*” symbol is explained below.

One thing to note is that while the O27 gauge and the O gauge require 27″ and 31″ respectively to form a circle, this is their bare minimum.

Some O27 gauges can take 42″ and 54″ to form a circle depending on how steep their curved tracks are.

Furthermore, in the price section, O27 is cheaper. However, due to O27’s limited production in the modern era, their prices can go up in the future.

Even if the O27 uses cheaper materials, if it will be hard to get your hands on O27 tracks, they can get expensive in the future due to demand.

This is also where their compatibility issue comes from.

Since O trains are longer than O27 trains, the steep curves on O27 might not be compatible with long trains. This can cause the models to be stuck on the track’s curve.

That’s why some modelers don’t use O27 curved tracks.

Since their gauge size is the same, they are usually compatible. So you might only need an adaptor and 1/4″ spacer to combine these tracks.

The adaptor is essential for the wiring, and the spaces are used to line up the tracks. By doing this, the trains will run smoothly.

Regarding wiring, it is worth noting that O27 tracks use cheaper and thinner materials than the O gauge tracks.

If we go back to our little history lesson above, we know that O27 results from manufacturers that are trying to make the hobby affordable. That’s why the tracks and trains are smaller.

This means cheaper materials made the O27 prone to voltage drops. Voltage drops are a minor issue, but you still need to be prepared. That’s why I included that issue in this post.

Lastly, there is a misconception that the O27 is for S scale trains. As we already discussed, the O27 trains are a bit smaller than the O gauge. This made people think that they were on the S scale. However, while old S scale models can run on both O and O27 tracks, O27 models are in the O scale.

Today’s S scale models run on a 0.883″ gauge track which is different from the ones used in the O and O27 scale.

Recommended Read: If you’re interested in the S scale, you may find its history and layout compatibility here: Matchbox and Hot Wheel’s scale

What’s next? Did you know that the most popular brand on the O Scale is Lionel? They are also the reason why O27 is popular. If you’re interested in examples of their model trains worth thousands of dollars, feel free to check this post: Are Lionel Trains Valuable? I understand what collecting Gundam models can feel like. It could have started with thinking you’ll buy one for display, then suddenly, you already have a lot of models that you don’t know what to do since you don’t have enough space to store them. Furthermore, these models tend to get a lot of space… When you compare hot wheels cars with other brands in the market, you get to wonder why they are cheap. What makes these classic brand sell their cars so cheap today is something car collectors wonder about and would like to know the reasons. Hot Wheels are cheap because they have reduced the cost to… 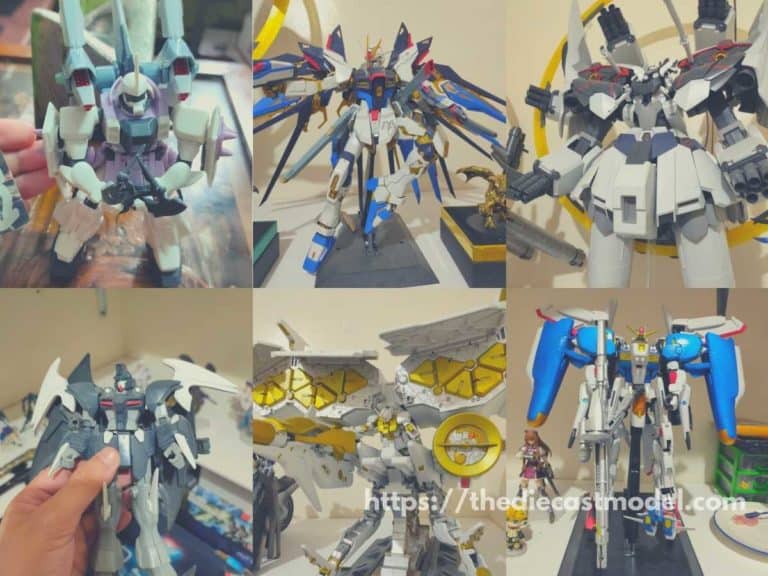 Gunpla grades are one of the most confusing terms for beginner Gundam modelers since these terms are only used on Gundam kits. However, as a beginner, these are the first things you should understand because using a Grade that’s inappropriate to your skill level can be frustrating. Thus, I decided to make a comprehensive guide…