When starting your train layout, one of the common problems is knowing how many tracks would it take to make a circle. This is an important question since we don’t want to buy more or fewer tracks than we need. Unfortunately, model railroading is quite expensive, and saving a few bucks by only purchasing the things you need would add up to huge savings. Thus, I decided to help and write this post.

This post will discuss the three most common scales and how many tracks it would usually take to form a circle. Furthermore, we will also discuss how you can find it yourself with some simple computations.

How many pieces of HO track make a circle?

The HO track is the most common track used in model railroading accounting for 60-70% of train layouts.

Furthermore, these are also the tracks used by the OO scale, which is popular in the UK.

Because of its popularity, there are a huge variety of tracks on the HO scale. This is why some HO scale tracks would need 8 to 16 of the same curved tracks to form a circle.

However, most HO scale tracks can be divided into two, which are the standard and the double curve tracks.

When we say that the HO track is a standard curve, it has an angle of 22.5°, and it would take 16 of these to form a circle.

The double curve HO tracks have an angle of 45° and would take only 8 to form a circle.

Since some HO tracks don’t fall on these two categories, the best way to find out is through computation.

Don’t worry because I will teach you how to compute how many would it take to make a circle later.

Here is a table summary of the HO scale tracks you can find and how many tracks you would need to form a circle.

Note: For the 18″ HO track, it depends on the brand. For example, Bachmann’s EZ track would need 16, while Atlas Code 83 would only need 12.

How many pieces of O track to make a circle?

Before the HO track became the most popular scale for train modelers, the O scale dominated the market.

The O scale is on the 1:48 scale, making it larger than the common HO scale.

Since the O scale is once the most popular, there are also a lot of varieties to the O scale tracks.

However, the standard O scale, which is O31, would only need 8 pieces to form a track.

This includes the second most popular O scale track, which is the O27 which also needs 8 pieces to form a track.

But what are the numbers in the O scale? The 31 and 27 refer to the circle’s diameter these tracks make.

Recommended read: O and O27 have a lot of differences other than the size, such as materials and compatibility. For a post discussing the difference between O and O27, check this post: Standard O vs. O27.

Here is a table summary of the O scale tracks you can find and how many tracks you would need to form a circle.

How many pieces of N track to make a circle?

The N scale is the trickiest to generalize how many would it take to form a circle since there are many factors to consider, such as the track type and brand.

However, if it can be summarized, this depends on the brand and the size of the rail.

Most Atlas code 80 tracks would need 12 pieces except their 19″ curve track which would require 24.

Here is a table summary you can use for how many tracks you would need for the N scale to form a circle.

As you can see, memorizing how many tracks you would need is a huge problem. Furthermore, other scales such as G, T, or Z scales use different tracks.

Listing all of those would be too much, so I will teach you how to compute it yourself in the next section.

That way, no matter the scale and type, you can figure out how many you would need.

How to measure the model train track angle?

To measure the model train track angle, you need to line both ends of the track and connect it with a protractor. This will measure the angle of the track, and you can divide 360 to the angle to know how many tracks would it take to make a circle. (See illustration below)

While I discussed the generality of train tracks, there will always be an exemption for every rule.

There might be hundreds of brands and types of tracks for me to include everything.

Thus, I decided to teach you how to calculate using a calculator and a protractor.

As you can see in the illustration above, all you need is a protractor.

Now, you have to draw a line from both edges of the track until it meets in the middle. This is where you are going to check the track angle.

But why is this important? Well, to know how many tracks would it take to form a circle, you need to know the turn angle of the track. So this is how to measure them manually.

A circle would always be 360°. Thus, you only need to divide 360 to the turn angle to determine how many tracks it would take to form a circle.

So, using the example above, we can see that when the lines reach each other and you measure it with a protractor, you can see that the track is a 30° track.

Therefore, it would take 12 of those tracks to make a circle.

You can use this method on any scale and any track. By knowing this, you won’t need to memorize the number of tracks it would take to form a circle.

What’s next? Do you know that one of the most popular O scale model brands is Lionel? They have been around for more than a century and introduced many of the varieties of the O scale. However, they phased out some of their old tracks, and many wonder if they can use their old trains on newer rails. That’s what I discussed here: Will Old Lionel Trains work on New Rails? Gundam has been around for a long time, especially the TV series and movies. It is so popular that it is sometimes considered a culture in Japan. However, what about its status worldwide? Is it in decline? What is its popularity in the USA and UK? We will discuss these things in this blog post…. Modeling trains have been a popular hobby for many years. Many different brands of trains are available, but which one is the best? Depending on your preference, many brands would suit you best. This post will talk about the best model train brands and where they are specifically good at. That way, you can decide… 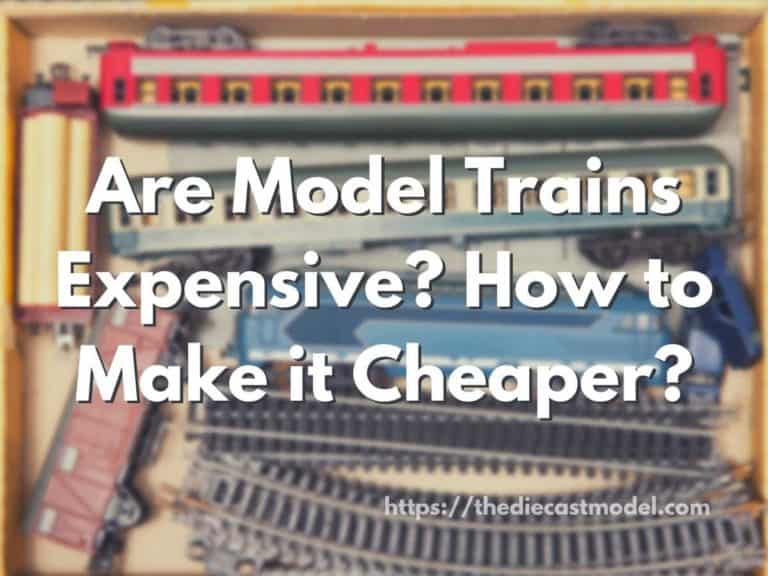 Many people have a major roadblock starting or going back to model railroading which is price. I also experienced that problem when trying a hobby. For a millennial that doesn’t have enough money to try model trains, I learned ways to get more for my buck. But why are model trains expensive? Model trains are…