One of the most popular models train brands is Lionel. Lionel has been the dominant model train manufacturer in the past and now dominates the O scale market. Since its first model train release in 1906, they have produced many old and rare models that collectors are always itching to have. Thus, this post will discuss the factors that contribute to the value of Lionel trains and their examples.

Lionel trains are worth hundreds to thousands of dollars depending on their age, rarity, and condition. For example, a 1929 Lionel Pre War Standard Gauge Blue Comet Train Set, which included its original box, was sold in an auction for $9,000.

This post will give examples of Lionel trains that were sold in an auction for thousands of dollars. Furthermore, we will talk about the factors that can affect the price and how you can use it to evaluate the cost of the model.

Are Lionel trains worth the money?

Lionel trains, particularly their limited edition models, are worth a lot of money. In addition, old and well-maintained Lionel trains can also fetch a high price and can be valued at thousands of dollars.

Many factors can contribute to the price of Lionel model trains, but the biggest among them is if they are produced in limited edition.

Even if the model isn’t that old, if it is in limited edition and many collectors would want to have them, you can usually sell them for thousands of dollars.

For example, a 2013 Lionel ‘Heritage Series’ Lincoln Funeral Train is a rare model that many collectors would like to get their hands on. Despite its age, this train model was sold in an auction for $1,750.

Furthermore, you can have a better deal if you add age and rarity.

For example, the 1957 Lionel Girls Pastel Train Set is a train set that Lionel produced to attract female modelers. These trains have pastel colors which they thought would get more girls into the hobby.

However, their efforts failed, and they stopped the production of the Pastel Train sets.

Because they ended the production, the models became rare. This made a lot of modelers seek this train set.

As you can see, these factors can really drive the model’s price high.

But did you know that the material also matters?

Old Lionel trains are made out of iron and steel, which is different from modern models made using aluminum or zamak.

Thus, old Lionel trains that are made using iron are often expensive.

The reason the model was sold for $1,800 is that while the model is made with cast iron, the model isn’t well maintained. For example, the engine already requires more lubricant since it doesn’t work, and the paint already fell off the model.

However, despite its worse condition, it was still sold for almost $2,000. That’s how much people are willing to pay to get vintage Lionel trains made using iron casting techniques.

But what if we have a Lionel model made with iron in good condition? Well, gladly, we have an example for that.

The 1937 Lionel 277W “O” Gauge Freight Train Set is a vintage model train that is made with iron instead of aluminum. This model was auctioned complete with a box and in good condition. This model was sold for $2,970.

Please note that I said that the model is in good and not in excellent condition. This is because it has some rust and spider cracks in its paint. However, the model is still well preserved and came with a box, so many people wanted to buy the model.

Did you know? Did you know that Lionel not only used Iron and Aluminum in their models? They also used other materials such as paper, copper, and brass. I made a post about the history regarding the materials they used in their models, which you can find here: What are Lionel Trains made of?

As you can see, many factors can affect the price of Lionel trains. Age isn’t the only factor. In fact, I have another example of not so old Lionel train that was sold for a lot of money because it is in limited edition.

The 2001 Lionel 6-21786 ATSF Anniversary Passenger Train Set is a limited edition model train that was sold in its box and in excellent condition. This is in perfect condition that its manuals are also included in its box. This model has been sold for $2,200.

Another example is the 2000 Lionel MTH Presidential Millenium set. This model train set is quite unique since it is produced by MTH trains.

There was a time when MTH got the license to produce Lionel trains. This means they were allowed to put the Lionel brand on their trains. This was done with the 2000 Lionel MTH Presidential Millenium set. Not only is this model in limited edition, but it was also a big part of Lionel’s history.

As you can see, there are lots of examples of Lionel trains that were sold for thousands of dollars. However, what if we have a vintage train set with all these factors?

The 1929 Lionel Pre War Standard gauge Blue Comet Train set includes a locomotive, tender, and passenger cars. Not only is this set old, but it is also in limited edition and is made with iron. This whole set was sold for $9,000.

As you can see, these factors are the main contributory factors in the price of Lionel trains. In the next section, we will summarize the factors and give tips to help you sell your models for a higher price in the future.

Recommended read: For more examples of expensive model trains, feel free to check this post: Are old model trains worth it?

How to know the value of your Lionel Train Set?

The factors to consider to know the value of your train set are age, supply, and condition. Train models that fit two of these three criteria can often be sold for thousands of dollars.

Now that I explained the main factors, we have to discuss them separately.

For the age, it means the older your model is, the more expensive it gets. This also fits the old models made with an iron body instead of modern plastic and aluminum.

Supply means a rarity. The rarer the product is, the more expensive it is. This is because many collectors and scalpers are often looking for these models.

We have two buyers in the buying and selling world: the collectors and the sellers. Basically, scalpers are always on the look to get cheap train sets to sell them to collectors.

Thus, generally speaking, collectors would pay more for your models than scalpers.

Scalpers won’t tell you that they’re scalpers. That’s why it is crucial to know the price of your model before listing them online.

The easiest way to get the estimated price of your model is always to check listing sites such as eBay. You can search for your train model and see if other people are selling the model you have. That’s the fastest and easiest way to get an estimate.

Lastly, we have conditions. Modelers use many terms for conditions such as mint, like new, excellent, good, fair, and poor.

Memorizing them can be a pain, and many sellers would usually say their models are in excellent condition even if it isn’t.

That’s why to summarize this. You only need to know two things which are mint and not in mint condition.

When they say it is in mint condition, the box isn’t open, and expect a premium price tag.

Imagine how hard it is to store the model for a very long time without opening it just to preserve its price.

Usually, models in mind condition would cost 20% more than models not in mint condition.

However, they can also cost twice as much, especially if you compare them to a model in bad condition.

Right now, you have the essential things to remember to know the value of your model trains. Happy modeling!

Recommended Read: I made a post talking about marketplaces for diecast models, which includes model trains. In there, I explained the things you need to know on various buying and selling platforms such as eBay, QDT, pawnshops, and more. I recommend you read it to be familiar, especially when buying and selling on these platforms. You can read it here: A Complete Guide for Buying and Selling Models. 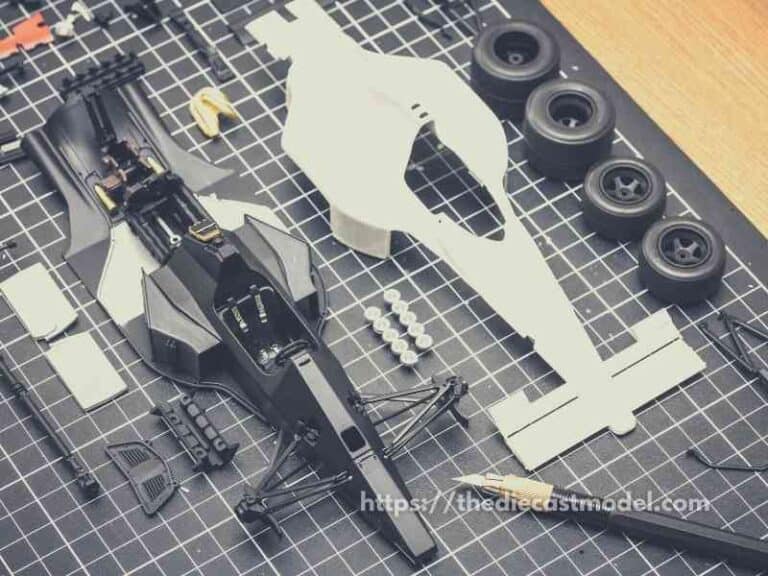 As a model collector, there are times where I want some challenge in modeling or building a model from scratch. These model car kits are known for making these types of puzzle-like models. It’s basically like a puzzle and the product is a 3D object. Thus, since I am having some free time, I had… Many people look for a long-lasting adhesive, but they don’t know what to use. Tamiya cement, one of the popular model glues, can be a good choice in producing a permanent and robust bond. However, it has its drawbacks. Tamiya cement is permanent and strong because its gluing properties come from welding materials together. In… 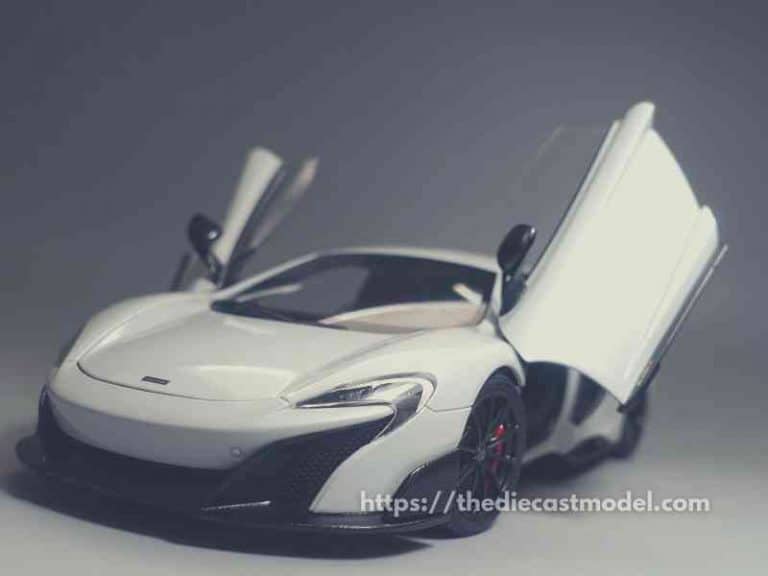 Chances are you have come across AutoArt diecast car brand especially if you are diecast enthusiastic or you are a collector. If you have, you may have realized the price is on the high end compared to other brands in the market. Many see Autoart as expensive and valuable. One of the questions which must…

Many modelers show their passion for scale models through painting. It is one of the hobbies that modelers love to engage in their free time. Today, you can build model cars after buying the modeling kit, and one of the things you can do is paint the models, whether it is a car, motorcycle, truck,…