Die-cast models cars are among the attractive models to most collectors. For sure, you’ve already seen flashy diecast model ads on TV such as Hot Wheels. But do you know where does the term die-cast comes from? Worry not if you don’t know because you have come to the right place.

The term diecast came from two words which are “die” and “cast”. Dies are actually the steel mold they use where liquid metal is poured upon. Casting is the process of pouring liquid metal into the die. Thus, diecasting is a method of using a mold to shape metals or metal alloys.

However, we need to discuss more on the topic and break down the diecasting technique. In this blog post, you’ll learn where the term die-cast comes from, why it is called die-cast, and the meaning of die-cast. This will bring you a deep understanding of the topic.

Why is it called die-cast?

It is called die-cast because its products came from the diecasting technique. This technique involves pouring or injecting liquid metal into a mold. This process yields a very sturdy and detailed product at a relatively cheaper price since it doesn’t require tooling and shaping.

The term die-cast is delivered from the die-casting process. It is the process that is used in the manufacturing of die-cast model cars.

If you want to know why it is called die-cast, you need to understand the die-casting process.

The die-casting process entails metal mold in two halves, referred to as the ejector and cover die.

During the die-casting process, molten metal is injected into the die using pressure.

Then the molten has to cool, and two halves split apart while freeing the cast part.

The cold chambered technique can be used with highly melted metals like aluminum, metal, or copper alloys.

Hot chambered die casting is confined to metals like zinc, lead, and magnesium alloys that do not disintegrate when heated.

If you’re wondering why iron is not involved in the diecasting process, you will find the reason in another article I’ve made. Clue: it’s for longevity. Here is the link: What are diecast models made of?

Die casting is a cost-effective method that produces a wide range of shapes and components. The parts created have a long life expectancy and can be made to be visually appealing, providing substantial benefits to designers.

No extra tooling or shaping is required. The final parts have high tensile strength and are heat resistant.

The term die-cast is derived from the process used to make the die-cast model cars.

The process of die-casting dates back to the 1800s. The first equipment manufactured through the die-casting process was invented in 1834 in the printing industry.

Among the top reasons model cars adopted this die-casting process was its ability to produce model car parts with complex shapes and are intricate with accuracy.

Additionally, repeating the same mold many times, you would also like to attract the model cars manufacturers.

There is actually a newer version of the diecasting technique known as the resin diecasts. I explained it in another article which you’ll see here: What is Resin Diecasts?

Now that you know that the term diecasting came from the process of making cars through this process of die-casting, Let us now look at the term ‘casting’ and ‘dies”. individually.

Casting is a term used to refer to the process which involves pouring liquid metal into a mold and in the shape of the desired part.

During the casting process, the metal enters the cavity. It is given adequate time to cool and solidify before being removed. The solid product taken from the mold is what is called casting.

Dies refers to the actual tool steel mold where the liquid metal is poured. There are two parts of the die the fixed die half and the ejector dies half.

The fixed die half is connected to the casting machine’s stationary platen, while the ejector half is coupled to the moving platen.

The two halves are locked together when the machine pressures are held together when it closes. The “die parting line” is the place where the two die-half meet.

The fixed die to halve comprises the “shot sleeve hole,” which fills and fills the liquefied metal in the die.

The half of the expeller contains what is known as “extinguishing pins,” which assist in pushing out the casting half.

In the ejector half, the pins are found since the die is created so that the finished cast will only slice from the half attached to the stationary platter of the machine.

After gently removing the casting from the ejector die half, the casting can be given any final touches it needs to be ready for its intended use.

What is the meaning of die casting?

The meaning of diecasting is that it is the process to make diecast models. This process involves pouring liquid metal or metal alloys into a chamber called mold. This technique started in the 19th century but is still being used today because of its cost-effectiveness.

But from the 19th century, the process was adopted in the manufacturing of model cars, and it is a process that is even used in the 21st century.

Die-cast refers to the material formed specifically of zinc alloy and cast in a mold in the modern sense of the word. This is a low-cost process that provides great detail and strength.

Today, die-casting is most strongly linked with toys than with anything else. Today, die-cast is the majority of modern metal toys, if only for safety reasons. Die-cast toys have no sharp edges and do not contain any lead.

While not all metal toys are necessarily die-cast, all die-cast toys are metal.

The process was common in the 1920s and became widely known throughout the 20th century as it allowed finer details than sheet metal toys and stronger casting than plumb and casting.

As a general rule, diecasts are safe. However, some diecast uses lead in its alloys making it unsafe if swallowed. But that doesn’t mean that diecasts are dangerous because there are lead safety standards imposed on the diecast model manufacturers.

If you are wondering whether the die-cast process is safe or not, the answer depends on the metal used in the process.

Some metals contain lead which is a toxic substance when ingested.

It is not recommended for children to own model cars manufactured through die-cast, and chances are the metal used contains traces of lead.

But it is quite rare since diecast models are mostly aluminum and zinc.

Also, fear not because there is actually a lead safety standard imposed on diecast model manufacturers that would always do their best in checking the lead quality of the models.

In fact, CPSC or the Consumer Product Safety Commission once ordered Mattel to recall their products immediately because it failed their lead quality standards.

But don’t worry since it only happened once and the constant regular checks mean that we would still be at ease buying diecast models.

Otherwise, there is no other safety concerned about die-cast.

If you love die-cast models, then you find this blog post informative. Have you ever tried building Gunpla or any plastic kits, and suddenly, you see some discoloration on the part where you cut the pieces? That’s what most modelers call stress marks, which happen when plastics are compressed. Naturally, most modelers hate this as it is considered an imperfection to models. The good news is there… 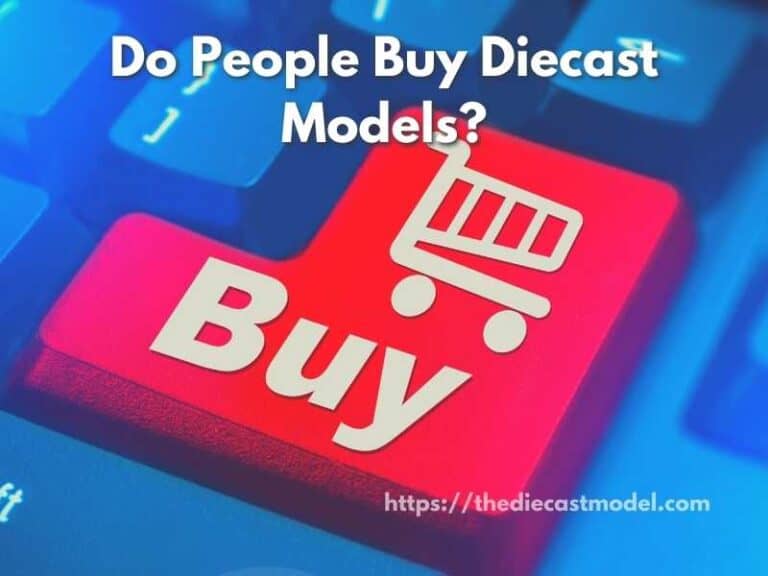 When you just started with your passion as a diecast model collector, the first thing that comes to your mind is, which diecast brand will be lighter to your pocket, and with whom you can build a large collection in a short time. Both Bburago and Maisto are famous diecast car brands, known for their…