Gundam has been around for a long time, especially the TV series and movies. It is so popular that it is sometimes considered a culture in Japan. However, what about its status worldwide? Is it in decline? What is its popularity in the USA and UK? We will discuss these things in this blog post.

But why is Gunpla popular? Did it experience a decline? Why isn’t it as popular in America as it is in Japan? Let’s discuss all of these in this post.

Gunpla is still popular. In fact, it is still hosting events for its fans worldwide. Furthermore, they are still active in producing new models with about 30-40 new releases each year. While they suffered a massive decline since 2004, the popularity of Gundam models has been stable these past few years.

Many people ask if Gundams are still being made.

Bandai is still making Gundam models and is still active in releasing new models with about 30-40 new Gundams each year.

Currently, Gundam has about 2,300 different Gundam models. Imagine that.

Furthermore, they accounted in their 40th anniversary that they have sold more than 500 million Gundam models worldwide ever since they started.

It’s not surprising considering that they are using 7,000 tons of plastics each year to produce these models, according to Bandai.

Thus, these models are still being made, and you can easily find them in numerous stores, either offline or online.

Another question is if these models are in decline.

Gunpla models are not declining and have been stable for the past few years. While they suffered a huge dip in popularity in the past, their popularity started to remain stable worldwide. In fact, they are starting to get more popularity in other places such as the USA and the UK.

But what is my proof in these statements? Let’s check Google.

According to Google trends, here is the popularity of Gunpla models worldwide these past 5 years.

As you can see from the graph, people’s interest in Gundam models has been relatively stable in the last 5 years.

This is no surprise considering that Bandai has been producing models on a large scale.

However, one question you might have in mind is that you might think that Gundams aren’t as popular as it was before. That is also true.

In fact, if we look at Gundam’s trend since 2004, this will show a different story.

Here is the graph of the Gundam model’s popularity since 2004.

Right now, we have a different story.

We can see that Gundam Models were a lot more popular in the past, and it was a shadow of what it is now.

While their sales have been stable these past few years, the story was different about 15 years ago.

As you can see, there was a considerable dip in their popularity, and upon investigation, the reason for this is that people have more options other than building Gundam kits.

For one, technology has been skyrocketing at that time, with cellular phones providing other things to spend time on than building Gundam kits.

Furthermore, people have more options as they can quickly get into other hobbies such as model car kits, plane kits, figurines, etc.

While Gundam models had a massive hit at that time, it seems that Gundam models are starting to get more popular these past few years, especially in other locations.

For example, let’s see the Gundam model’s popularity in the USA these past few years.

Looking at the graph, we can see that Americans’ interest in Gundam models has been steadily increasing through the years.

Can’t you see the increase? Let me draw a line for you.

Right now, you can probably see that while the increase isn’t huge, there is a slight increase in the Gundam model’s popularity in the USA.

Here is the graph of Gunpla’s popularity in the UK.

So, what do these graphs tell about Gunpla’s popularity?

Gundam models experienced a huge dip in popularity in the early 2000s. However, they have started to get more popular in specific places such as in the USA and the UK in recent years. Globally, the popularity of Gunpla models has been stable without any considerable increase or decrease.

However, you might ask why Gundam models are suddenly becoming more popular? Let’s talk about that in the next section.

Why is Gunpla so popular?

1. Gunpla is Popular with Anime Fans

The majority of Gundam model fans are also a fan of anime. Why? Because Gundam itself is an anime with its movies, series, and manga.

The more people stay indoors, the more they will be introduced to anime. Therefore, they might even come across Gundam.

As long as people watch anime, there will always be Gundam modelers, and the more anime watchers, the higher likelihood that a person would start building Gundam kits.

2. Gunpla is Fun to Build

Gunpla is fun to build, and you can do whatever you want with them. In addition, you can use a variety of colors to make your own.

You can also combine different Gundams and make something unique you only have.

There is an unexplained joy in creating something, and people would always feel some sense of pride every time they complete a model kit.

Thus, it is common for people to buy one Gundam kit for display purposes, and then after a few years, they already have a room full of Gundam models.

More people staying indoors means they are looking for things to do rather than staying outside.

Some people would watch movies and anime and then get hooked on Gundam films.

For some, it can be that they are looking for something to past time, and they discovered how fun it is to build Gundam model kits.

This is also why Gundam models are becoming more popular since 2020. More people are getting into the hobby as they find things to do indoors.

4. Other People are Looking for Alternatives to Gadgets

You will often hear experts on TV saying that using gadgets for a long time is bad for us and we should do more exercise other than browsing social media apps.

Thus, what would people who are a fan of Gundam animes do? They start building Gundam kits.

Furthermore, the negative consequences of too much phone usage are becoming apparent in recent years.

Remember that Gundam models lost their popularity in the past because gadgets became the number 1 source of entertainment for people.

5. Gundam Models are More Accessible than Before

Bandai has been making some efforts to make its models more popular globally.

One of which is changing the letters on Gundam boxes to English.

Another is that they make it easier for people to buy these models.

This increase in accessibility means more people can buy these kits.

This is apparent as Bandai reported that their Gunpla factories are becoming busier than ever and are considering expanding their manufacturing process.

As you can see, building Gundam model kits is a fun indoor activity, and more people are getting into the hobby. That’s why the hobby has been getting more popular these past few years.

What’s next? Do you have some Gundam models lying around? Do you know what are the things you can do to your finished models, such as selling your models and model photography? In this post, I discovered what you could do on finished models: What to do with Completed Gundam Models? When it comes to aircraft models, the best are those that are made of diecast metal. Diecast airplane models are available in a variety of sizes, quality, and detail levels, as well as pricing. Choosing the proper brand is difficult, despite the fact that there are a few well-known and established brands. We’ll go over… 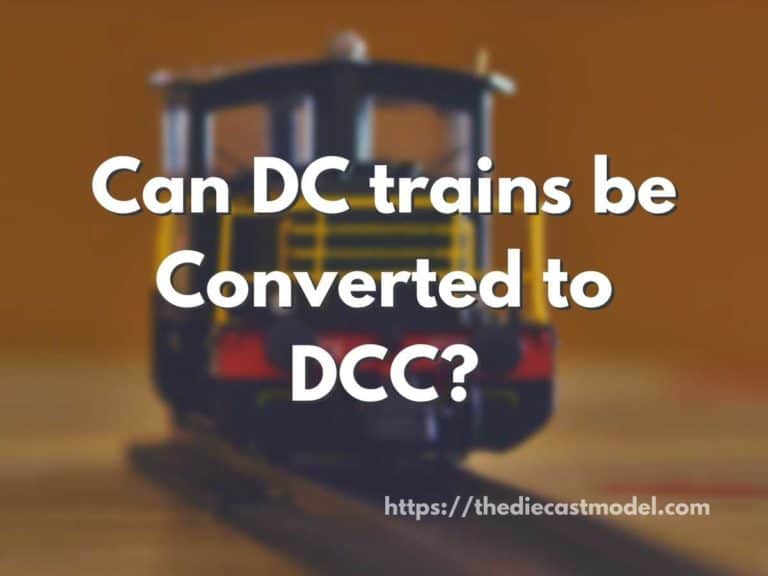 One of the great things about model railroading is the ability to change things up and experiment with new technologies. This can be especially true when it comes to locomotives. In the past, converting a DC locomotive to DCC was a complex process. However, recent advancements in DCC technology have made this process much easier….