As someone who has a regular job with side hustles such as this blog, I understand that time is one of the factors in considering a new hobby. Since Gundam model kits are a hobby that requires some time to snap, sand, and paint models, it can be time-consuming. How long would it take to build a Gunpla kit?

Generally speaking, Building a Gundam Model can take about 2 hours to a few weeks depending on the grade, type of Gundam, additional procedures, and modeler’s experience. Furthermore, limited-edition models such as Ver. Ka and P-Bandai could take longer to build than their normal counterparts.

This blog post will not only talk about the time it takes to build a Gunpla kit. We will also discuss the factors that can affect and what beginners should opt for if they want to build model kits as fast as possible. Furthermore, I prepared a table summary you can use to get an approximation of the time needed to complete your build.

How Long Does It Take To Build a Gundam Model?

As you can see in the table, the time required to build a model depends on the model’s grade.

Generally speaking, the more detailed the model, the longer it would take to build them.

For example, PG or MG models would take more time to build than, let’s say, HG or SD kits.

Generally speaking, it takes 6-20 hours to build RG Gundam kits. This is compared to an HG Gundam kit which would only require 3-10 hours.

Of course, the time to finish a model depends on numerous factors, which we will discuss later.

It is recommended that beginners start with either an SD or an HG model kit since they have fewer parts and take less time to build.

Some experienced modelers can even finish an HG model within 2 hours. However, building model kits is not a sprint but a marathon.

Take your time and enjoy each second you build your kit, as there is unspeakable fun in creating them.

However, beginners are advised to start with easy kits such as HG or SD.

Beginners can also try RG and MG, but it isn’t recommended unless you’ve already tried building an HG kit.

But here is the general rule.

Detailed kits such as PG and MG would take longer to build than RG, HG, and SD.

While RG is also detailed, they are smaller than PG and MG. This means it would still have fewer parts than its larger counterparts.

However, we can’t forget that there are limited edition Gundam models such as the Ver. Ka and P-Bandai. Let’s talk about them in the next section. I’ll also show you a Ver. Ka model.

How Long Does it Take Special/Limited Edition Gundam Kits?

Generally speaking, limited edition Gundam kits such as Ver. Ka and P-Bandai take longer to build than their ordinary counterparts. This is because these premium kits include more parts as they are better detailed than ordinary models. Furthermore, they are expensive so modelers take their time in building one.

When we talk about Limited EditionGundam kits, we usually have the Ver. Ka and P-Bandai.

Ver. Ka is a limited edition model kit series that came from the designs of Hajime Katoki.

Generally speaking, Katoki’s designs are more stylized and bolder than usual Gundams since he believes that Gundams shouldn’t be based on realism as they are fictional robots.

Thus, his works look great and more on the fantasy side of models.

This is why Ver Ka models are usually more detailed than their ordinary models.

Almost all Ver Ka models are in Master Grade or MG. Since Ver Ka are more detailed, they also take longer to build than other MG models.

Another limited edition Gundam model comes from what they call P-Bandai.

One difference with Ver Ka is that P-Bandai isn’t limited to Master Grade models. You can find HG, MG, or even PG P-Bandai kits.

These limited edition models tend to take more time to build than ordinary Gundam models because of their insane detail.

As I said, building time is subjective. So what factors can affect building time? Well, let’s talk about that in the next section.

Many factors can affect the Gundam kit’s building time. Notable among which are additional procedures, types of Gundam, kit grades, and modeler’s experience.

Experience plays a huge role in determining how fast a model kit will be built.

A complete beginner would take longer than experienced modelers as they will take time in simple procedures such as sanding, putting decals, and snapping parts.

Basically, the more experienced you become, the faster you’ll be able to build model kits.

However, there are some instances where experienced modelers would take longer to build a model than beginners.

This is because experienced modelers tend to become keener on details.

For example, experience modelers would smoothen the nicks on the parts by nipping and sanding.

Beginners wouldn’t mind these small details and wouldn’t take their time doing so.

Furthermore, experienced modelers tend to add more procedures, such as painting which we will discuss in the next section.

Additional procedures can double, triple, or even quadruple the time necessary to build a model.

This is especially true for experienced modelers who also paint their models.

Here is an example below.

The picture you’re seeing is an MG Deep Striker. If you’re familiar, you’ll notice that its colors are different from the ones you know.

This is because this kit is painted and customized.

Without customization, building this MG kit would only take 3 days. However, this model took 2 weeks to finish due to painting and polishing.

Painting isn’t as easy as spraying a spray paint, and then you’re done.

As you can see, there are lots of additional steps if you want to paint your Gundam kits.

But painting isn’t the only additional procedure you can do to your kits.

The result is a unique Gundam that suits their taste.

These steps require lots of time and are why experienced modelers can often take more time to finish their build than beginners.

Here is a photo of a well-painted HG Gundam. Look how good it looks.

Not all Gundams are the same. They have different accessories, looks, parts, and details.

That’s why some Gundams are also easier to build than others.

Easier to build Gundams would also take less time to create them.

Since there are more than 2,300 different Gundam model kits, there are only four examples, and you can find a lot of easy-to-build Gundam kits.

Recommended Read: Aren’t you surprised that there are more than 2 thousand different Gundam model kits? But how did it become that many? What are other types of Gundam models? I talked about that in a separate post which you can find here: How Nany Gifferent Gundam Models are Out There?

Last but not least are Gundam Grades.

As we already discussed, Grades are important as they talk about the size and the details of the model.

The larger and more detailed the model, the longer it would take to build them.

That’s why PG and MG would usually take longer than an HG Gundam kit.

With all of these in mind, let’s conclude what we’ve learned in the next section.

Build time is very subjective and can be affected by many factors. However, what’s important is the looks.

It doesn’t matter if you finish a Gundam twice or thrice as long as the recommended build time. The important thing is that you are proud of the quality of your work.

So, take your time. If you’re a beginner, it is normal to take longer than recommended.

Experienced modelers that are very meticulous in detail can also take longer.

Also, remember to take a break if necessary. Building a Gundam model shouldn’t feel like a chore. Instead, enjoy every moment. You snap, sand, and put decals to build your kit.

Enjoy the time you build your kit, as you won’t be able to do it again after finishing the model.

Well, except if you buy another kit.

That way, you enjoy your money’s worth.

What’s next? Many beginner modelers would want to get straight to Real Grade Gundam models. But are these grades good for beginners? If yes, what RG Gundam models are suitable for them? Let’s discuss that topic here: Is RG Gunpla Good for Beginners? After finishing my earlier post on what’s inside a spray can, I realized how important it is to shake aerosol sprays before using them. What is the scientific principle behind shaking? What happens inside the spray can? What is that rattling sound when we shake spray paints? We will answer those in this blog post…. One of the things you might wonder is, what is the most popular model train? Well, the answer depends on where you’re located, where you will put the layout, and the size of the layout you will be using. This post will cover popular train scales and where they are specifically popular. The most popular… 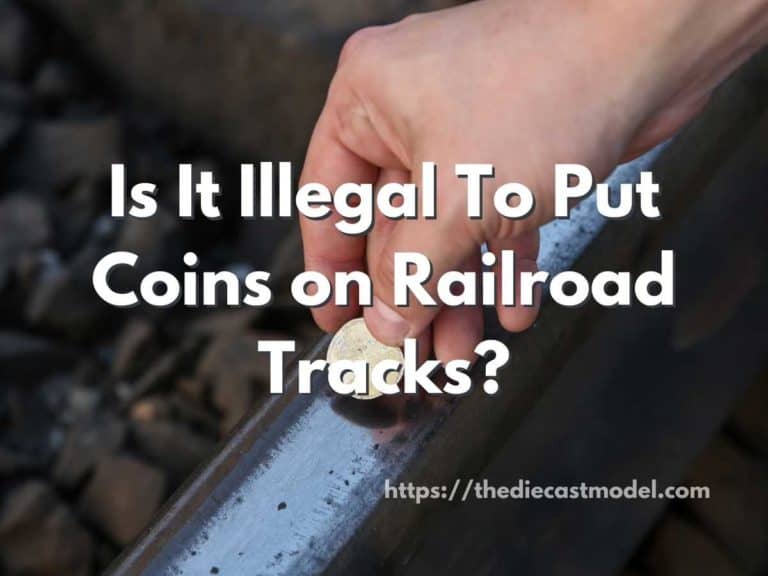 When it comes to diecasting, the resin technique is fairly new in the market. As a collector, I was so curious that I need to make deep research into the topic. I saw the thoughts of others between resin vs. diecast models which has been going for a while. They want to find out which… As a modeler, it can be hard to choose if we should paint or build first. In my experience, painting or building first solely depends on the modeler’s skill level and the quality of result they want to accomplish. But what is the consensus? Should you paint or build models first? Beginners prefer building first…