What are the best Commerical Passenger Aircraft Diecast Models

This Article is about the best airplane diecast models available in the market because we know that choosing the right model for you is hard considering that there are a lot to choose from.

Based on our search for the best commercial passenger aircraft models, we have found out that the best ones available in the market are the following, the list is made by checking out a lot of criteria which is also introduced later in the article. I am sure that you will find at least one of them perfect for your collection.

More details on why they are the best down below. Make sure to them out!

Do not worry as I have chosen the best models currently available on the market for your convenience. Relax as I present to you my top picks for the commercial passenger airplane models. I have placed the Airbus Diecast Models on this article, If you are looking for the jet engine aircraft, you may visit my article here.

If you are looking for Rotary winged aircraft such as helicopters, you may visit my other article here

Please do note that the picks in here are not ranked. Which means that the number 1 in this list is not the best of all. I have placed here the best picks that would surely suit your preferences. This article is made to help everyone in choosing the right model that suits their taste.

Everything in this list are my top picks and I am sure at least one of these will be the perfect one for you. Also, do not worry as I will keep on updating this Article for futures updates on the best so I can always keep you updated. If you may, you can also bookmark this page so you can view and find it easily in the future. Enjoy! 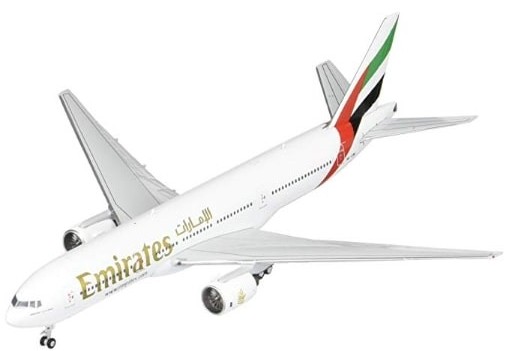 The Boeing 777 also known as the “Triple Seven” is a commercial plane built by Boeing Commercial Airplanes. It is the world’s largest twin jet that can carry up to 314 or 396 passengers. This is Boeing’s first Fly by Wire aircraft which means it has computer controls that gives ease to the pilot. It was also the first commercial aircraft to be designed entirely with computer-aide.

With being one of the most successful aircraft in the industry, the B777 is used by over 50 airlines in the whole world, It has a lot of flight time, totaling over 35 million hours since they first took to the skies in 1994. That’s a massive achievement for this aircraft.

If B777 is your favorite aircraft, why not give this model a shot. Maybe this is the perfect one in adding to your collection. It surely is worth it.

A video for your reference, 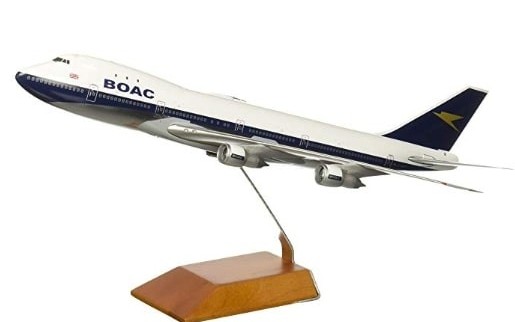 The Boeing 747 also known as the “Jumbo Jet” Its characteristic hump upper deck along the forward part of the aircraft has made it one of the most recognizable aircraft. It is a very big plane. In fact, it takes 90 gallons of paint just to paint a single B747. That’s how big it is.

It is not surprising that it is very popular, considering that it has flown over 3.5 billion people, which is half of our world’d population. A lot of people just know that B747 is a popular choice for collectors due to its popularity to the public. Did you know that It was designed to carry cargo? It is because they have thought that supersonic travel would be the standard but it turns out that their B747 became too popular.

If you want a model of B747, I can guarantee that you have make a right choice. Many wants this model, why can’t you also have it right? There is nothing wrong if you add this to your collection.

You can check this video for you to check its characteristic hump. 😀 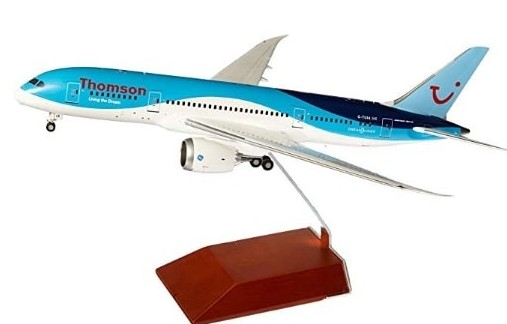 The first 787 was unveiled in a roll-out ceremony on July 8, 2007, at Boeing’s Everett factory. This is the first airliner that used composites for its production. Composites mean that it is made of completely different materials that when combined, can produce a material different from individual components. which gave it the difference from the other aircraft. It is also made to be 20% more fuel efficient than the previous 767 model.

The Boeing 787 Dreamliner is a long-haul, wide body, twin-engine jetliner, which features light-weight construction. The aircraft is 80% composite by volume. Its architecture is superb and replaces hydraulic power sources with electrically powered compressors and pumps, while completely eliminating pneumatic and hydraulics from some subsystems. Making this aircraft efficient.

There is a lot of effort made in this Aircraft, as a matter of fact, it is said that the development and production of the B787 has involved a large-scale collaboration with numerous suppliers worldwide. The product is as you can see, something you really will love. This model is also great, that’s why I had included it in this list. You may also check it out 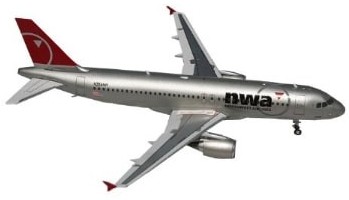 the Airbus A320 is one of the small to medium-sized commercial aircraft made by the company Airbus. It can accommodate up to 236 passengers. The A320 family pioneered the use of digital fly-by-wire control systems, as well as side-stick controls, in commercial aircraft. There has been a continuous improvement process since introduction.

This aircraft ranked as the world’s fastest-selling jet airliner family according to records from 2005 to 2007,, and as the best-selling single-generation aircraft programme.

As the longest-range single aisle aircraft, airlines and passengers alike have significantly benefited from the A320’s exceptional efficiency and quality since it was introduced, which has opened up exciting new travel possibilities throughout the world.

This is the aircraft that completely changes the game in the industry.

This aircraft has a lot of history behind it, it is great to have A320 in this world. It still focuses on improving until now with its new model A320Neo and it will surely improve more in the future.

This is the symbol of continuous improvement and we will sure see a lot of A320 in the near future. 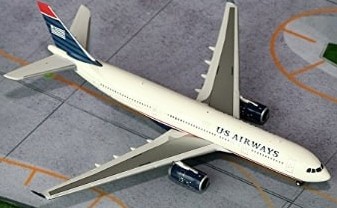 As the first aircraft to have the 240 ETOPS Approval, this one has gone a long way. It once failed for the Pratt and Whitney engine certification, and now, it has gone a long way even producing the Airbus A330neo. This is also considered as one of the most successful aircraft by Airbus aside from the A320.

Did you also know that in 2001, it ran out of fuel and run over the Atlantic ocean in which the pilot was able to glide it for 120 kilometers. Which set the farthest unpowered flight ever done by a plane in history. If you are not amazed by that, I do not know why. This has gone through the test of time and it is really worthy to be included in its list. Even with its failed start-up, it has gone a long way and I can’t wait to hear more about this aircraft in the future 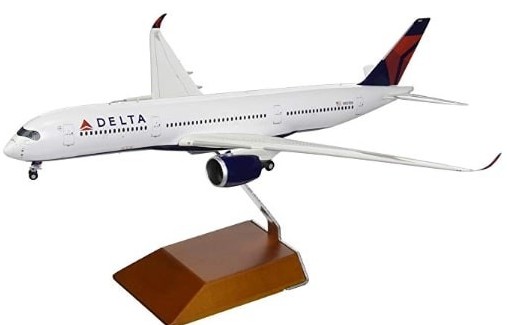 With The Airbus A350 positioned to succeed the A330 and A340, and is designed to compete with Boeing’s 787 and 777. This aircraft should be great as an aircraft and it is. In fact, Airbus A350 is the first Airbus with both fuselage and wing structures made primarily of carbon fibre-reinforced polymer. It can also carry up to 360 passengers which is a big plane.

With this fact, Airbus A350 is really did an amazing feat to compete with B787 and B777. That itself gives it a right to this list. This plane could also fly 8,000 nautical miles and is said to be the longest flight a plane could do. It also said that this plane is the most quiet of them all, did I forget to mention that because of its materials, it also has the ideal cabin air pressure. You will surely love when you get to right this aircraft.

With those in mind, Airbus A350 is an amazing aircraft and should be included in this list. Don’t forget to check it below. 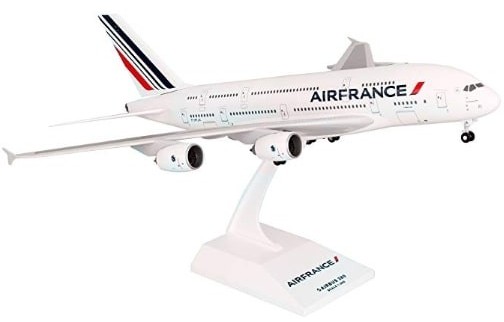 See the size? The Airbus A380 is a double-deck, wide-body, four-engine jet airliner manufactured by Airbus.[ It is the world’s largest passenger airliner, and the airports at which it operates have upgraded facilities to accommodate it. It can accommodate 550 passengers on a typical 3 class configurations and up to 853 people on an all economy flight. It also has a 330 miles of wiring inside.

Airbus A380 is really a special plane and that’s why it is included in this list. Its size is just superb and I am sure that you have heard that an airport can’t just have an airbus 380, its facility needs to be upgraded to carry its weight.

If you want its uniqueness then this is the perfect one for your collection.

An airplane is a powerful winged aircraft. It uses thrust from engine such as rocket engine, jet engine or a propeller. Airplanes are used in so many ways such as military, research and transportation. Commercial Airplanes transport 4 billion people yearly. This is how airplanes are now a very significant part of our lives.

In 1903, Airplanes were invented by the Wright Brothers. They flew it and they characterized it as “the first sustained and controlled heavier-than-air powered flight”. From there, airplanes make a significant leap forward to the benefit of people. For example, the Boeing 707, the first widely successful commercial jet served the people for about 50 years.

There are many factors not just on the Aircraft model itself, there are things inside the models that makes us want to have them. I know because I also felt on what you are feeling. We just can’t choose which one is right for us to buy in a certain circumstance. So I made this article and I hope I could help you in your decision because I definitely know that choosing which one to buy is a very complicated task to do.

To help you in choosing, I have placed here some considerations you need to consider and we are going to tackle them up in my picks below.

We need to consider following in buying one

I have put all of these into consideration and I am proud to introduce my top picks on the best airbus diecast models that you may choose from.

Whatever you choose. Be proud of your decision. All the choices above are just absolutely amazing. You sill surely be happy as you put it into display or as a collection in your home. They are all amazing in each of their own way and I know that one of them will surely be the perfect one for you, depending on your preferences.

Choosing which one is for you is extremely hard, I have placed it my top picks for the airbus category. However, it you want a to look for other aircraft article, you may check my articles on the jet engine aircraft and helicopters here

I hope I helped you in this article, good luck! I know you will surely make the right choice.

I would like to thank the following YouTube channels because for not their videos, we will not have a great reference for each aircraft in here.

I would also like to thank these websites for now their help, I wouldn’t have made this Article

This site uses Akismet to reduce spam. Learn how your comment data is processed. A cookie is a small text file containing information that a website transfers to your computer’s hard disk for record-keeping purposes and allows us to analyze our site traffic patterns. It does not contain chocolate chips, you cannot eat it and there is no special hidden jar. If you continue to use this site we will assume that you are happy with it.Ok, I love COOKIESWhat is the Privacy Policy