If you try visiting an O scale train modeler, you might wonder why their tracks have three rails instead of two. The third rail is a popular choice for O scale modelers, and some HO and N scale modelers started switching to the O scale. But what is the 3rd rail for? What is its purpose? Is there a history behind it? We’ll look into all of this in this post.

This post will discuss the 3 rail system and why it is used on many O scale model trains today. Furthermore, we will talk about their compatibility with the 2 rail system.

Why does the O scale have 3 rails?

At the start of the 20th century, train model manufacturers had some problems with the wiring in their products. It seems that short circuits and incorrect wiring are common for modelers.

Running model trains on a 2 rail track caused many train models to break down fast. Furthermore, short circuits caused many problems, such as overheating and exploding motors.

In the early 1900s, technology wasn’t that advanced to prevent short circuits. So that’s where the manufacturers decided to make the wiring simpler.

To prevent short circuits and make the wiring simpler, manufacturers started to sacrifice realism by changing the model train’s wiring. This led to the birth of the 3 rail system.

Furthermore, the 3-rail system became popular on toys sold in stores because of its simpleness.

Did you know? Because of the advancement of technology, the two-rail system made a comeback in the 1920s. However, 3-rails are already extremely popular, and most modelers have stuck to 3-rail up to this date.

But why is the 3-rail system simpler than the 2 rail?

The 3-rail system used a third rail placed in the center of the track. This properly separated the positive and negative charges, reducing short circuits.

Furthermore, the outside rails became an insulator, making them safer than 2-rail tracks.

Since O scale trains are very large, these tighter curves saved space for the layout making 3-rail tracks a popular choice for modelers.

Until now, 3-rail tracks have been popular among the O scale modelers. But are the standard 2-rails that bad?

With our advancement in technology, 2-rail tracks can now do what the 3rd rail can, such as tight curves and simpler wiring. However, since 3-rail tracks have been dominant for about a century, it is still the standard up to this day.

But what is the principle behind these two rail tracks? Can you touch the 3rd rail? That’s what we will talk about in the next section.

What happens if you touch the third rail?

As of now, you probably have enough understanding of why the third rail became popular.

While it sacrifices realism, it offers a way to make the wiring easier. Furthermore, it makes the hobby safer since it prevents short circuits.

But why? What does it have, and is touching it bad for us?

Touching the third rail won’t electrocute us since it uses a very low voltage. Generally speaking, most DC model trains run on 0-12 volts, while some DCC trains can run 22 volts.

For more information regarding DC and DCC trains, please check this post: DC vs. DCC trains.

To compare, an actual train can electrocute since it can run up to 600 volts.

However, if you’re keen on my explanation, I said earlier that the third rail isn’t realistic since trains don’t have a third rail.

The truth is, some electric trains have a third rail either on top or beside the track, which should be inaccessible to people.

However, actual trains don’t have a third rail at the center of the track.

Thus, even if some electric trains have a third rail, it isn’t located in the middle, unlike what’s seen in model trains.

Now, let’s talk about the principle behind the two types of rails.

Let’s start with the two rails.

Based on the illustration, the two rails separated the two charges on each rail. Therefore, one will be positive, and one will be negative.

Because of this, wiring can become complex. For example, the train will run backward when you interchange the positive and the negative charge.

Furthermore, this made no insulation between the two which causes short circuits.

The three-rail tracks were designed to prevent short circuits and standardize the flow of electricity.

If we go back to the picture, we can see that on a three-rail system, the positive charge is on the sides while the negative will always run on the middle. This means there is no way this can interchange, unlike the two rail tracks.

This difference looks minor, but in the old days, this was huge since it prevented a lot of short circuits and made layout building easier since we didn’t need to do a lot of sectioning on 3-rail tracks.

But why am I briefly explaining the principles behind the two and three rail tracks? That’s because we will talk about compatibility in the last section.

2 rail O scale trains can’t run on 3 rail tracks because they use different wheels and wiring. Since the location of the positive and negative charges differ between the two and three rail tracks, they aren’t compatible. However, trains can run on both tracks, provided that their wheels are compatible.

This post changed from a simple history lesson to a brief introduction to electrical engineering.

However, these concepts are essential to understanding the compatibility of both tracks.

Since the charges of both tracks are different from one another, 2 rail tracks aren’t compatible with 3-rail tracks.

If we go back to the illustration above, we can see that it isn’t possible since the location of the charges is different. For example, if you use two-rail wheels on a three-rail track, there is no way the system would get the return or negative charge. This means the motor won’t run.

However, while they aren’t compatible with one another, you can change the train’s wheels to fit the layout.

Basically, you can run any train on both the 2 and 3 rail track provided that the wheels are compatible.

If the wheels aren’t compatible, you can change the wheels to run on the track you use.

What’s next? We had a long discussion on the O scale 3-rail tracks. If you want more about model trains, I made a post differentiating HO scale and N scale trains. If you’re interested, you can read it here: HO vs. N scale. 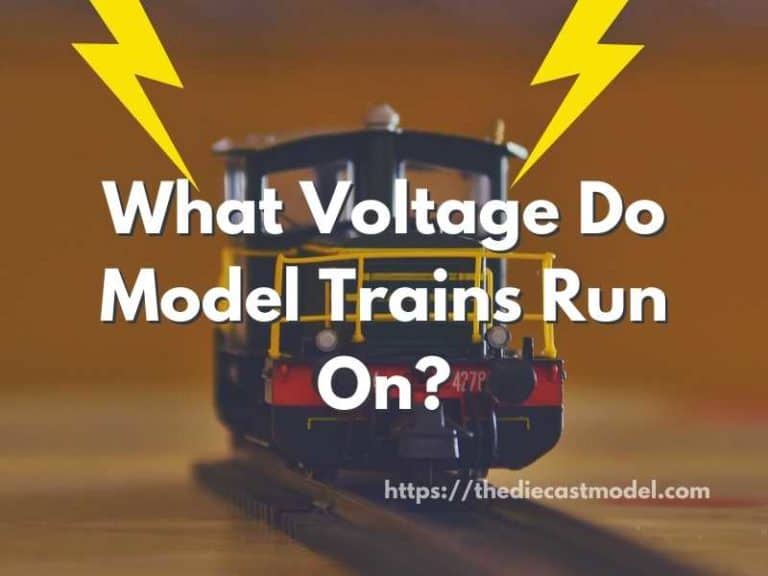 Many of us know that in model trains, more voltage means more speed and power. However, too much voltage can burn or damage the motor. While we see people doing some world records on model train speed by running them as high as 40 volts, it destroys the model train after the attempt. So, what… Some artists enjoy the versatility of using acrylic paint, as you can mix it with just about anything. However, they often wonder what would happen if they were to mix enamel paint with acrylic paint? Can you really mix these two types of paints together? We will talk about the answer in this blog post…. With many varieties of Gundam models, you might start to see that there are lots of these plastic kits with different sizes, designs, etc. On Bandai’s 35th anniversary, they specifically said that they have 2,000 different Gundam models. However, with the variety of releases ever since, we can say that there are now more than… 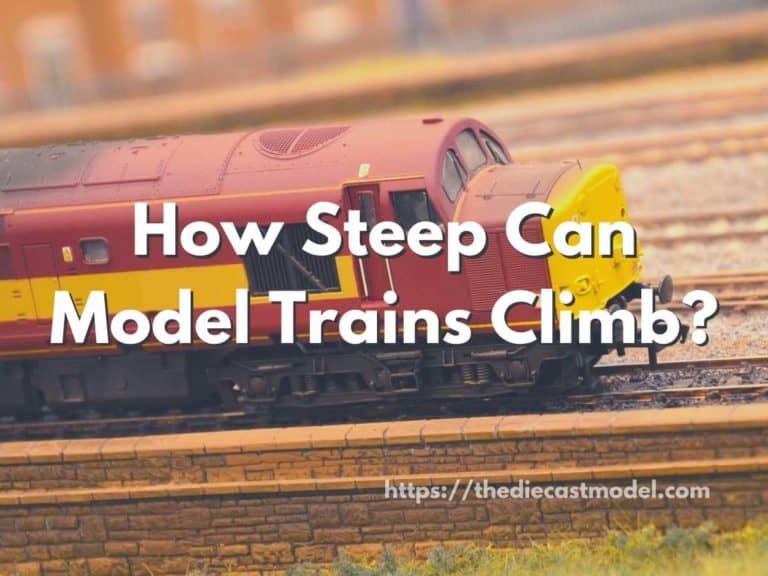 Sometimes, you might not have enough decoders and think about running an analog train on digital command. This is also something I’ve thought about. Upon researching the topic, I got some helpful information that I would like to share with my blog’s readers. So, is it possible to run analogue trains on digital? It is…