You may have those old Corgi toys lying around in your attic or basement and wondered if the company is still around today. This is an interesting question since Corgi toys have been around since the ’50s, and it might be the first model they’ve owned for people collecting diecast models.

Do Corgi Toys still exist? Corgi toys still exist under the same Corgi Classics Unlimited. This happened in 1995 when Corgi regained its independence after being bought by Mattel in 1989. Corgi is now focusing on television advertisements promoting its product lines to the European market.

This blog post will talk about the brief history of Corgi toys and where they are today, their challenges, and what they are now offering to their customers.

As far back as 1956, the earliest Corgi models covered British-built saloons.

More familiar names such as Ford Consul and Austin Cambridge were among the first to be manufactured.

Riley Pathfinder and Vauxhall Velox also made their way into production.

At that time, each model cost around 15p. To stand apart from the crowd of other diecast cars, Corgis were marketed as having windows.

As a rebranding of the Mettoy ex-Husky series of diecast cars, Corgi Juniors were debuted in 1970.

The Corgi was still producing a large number of models as production continued. The ‘Whizzwheels’ design, first seen on the “Corgi Rockets” diecast line, will eventually make its way onto this line.

Around 1980, the Corgi Juniors series dropped the Junior from its name and just used the word Corgi after that.

For young children, the “Corgi Cubs” line of toy cars was introduced in the early 1980s.

Cars, Vans, Lorries, and commercial vehicles in bright colors were included in this collection.

There was a diecast upper section and a plastic lower section of the model. The majority of toy cars lacked windows, and those that did have them were made of clear plastic.

In 1984, new castings practically ceased to be added. Instead, the old line-up was made in various colors, promos, and other liveries added to the existing models as updates.

For advertising purposes, the majority of the newly added castings were vans. In the late 1980s, a growing number of new cars were introduced once again.

When the Corgi management team sold the company to Mattel in 1989, they kept the manufacturing in Wales and renamed it Microlink Industries Ltd.

From 1989 to 1995, the line was owned by Mattel UK, which resulted in an exchange of Hot Wheels models.

In 1995, a new firm called Corgi Classics Limited was formed due to another Corgi management buyout from Mattel UK ownership. Mattel kept all smaller scale items and molds, but the “Corgi (Juniors)” line was discontinued.

It’s fair to say that James Bond’s Aston Martin DB5 is Corgi’s most famous model. It was a huge hit when released in 1965, with an ejector seat and front-mounted machine guns making it an immediate hit in the United Kingdom.

For £1,300, the Corgi manufacturer auctioned off gold-plated versions of the James Bond Aston Martin DB5 that had only been handed to VIP visitors.

The 1966 Batmobile was one of the best-selling models forever, selling over five million units worldwide.

The Lotus F1 John Player Special and the Ghia L 6.4 were among the best-selling cars, which had a molded Corgi dog lying on the rear parcel shelf.

Corgi has manufactured models of practically every vehicle, bus, and truck model during its 50-year history.

The 1965 Monte Carlo Rally Mini Cooper S, 1966 The Man from UNCLE’s ‘Thrush Buster’ Oldsmobile, and the 1959-61 Ford Thunderbird Hardtop, with the light green body, are some of the most sought-after model automobiles.

What Scale are Corgi Toys?

Mettoy Playcraft decided to compete with Dinky Toys in 1956.

It was common for Corgi toys to be marketed as “the ones with windows!” while Dinky Toys did not have windows.

The strategy worked, and Corgi Toys quickly gained a following.

In the early 1960s, they added spring suspension to all Corgi cars.

Models from Corgi Toys continued to be improved upon, with new features like detachable hoods, operable lids, and other gadgets added.

With a tiny button, a spring-driven extensible machine gun at the front, and a spring-powered opening roof-hatch to eject ‘the babe,’ as well as an armored steel bullet screen on its boot, all operated by a single exhaust push.

Until now, the world had never seen a 1:43 scale model with so many advanced operational “action” features.

Does Mattel own Corgi?

Mattel doesn’t own Corgi because Corgi toys became independent from Mattel in 1995 and became a new firm called Corgi Classics Limited. However, Corgi became part of Mattel from 1989 to 1995 because of the previous buyout.

In 1989, Mattel, the world’s largest toy manufacturer, purchased the company and shifted production to its headquarters in Leicester, England.

This was a big hit and a clever concept that is still going high today. However, Corgi reclaimed its independence as a new firm, Corgi Classics Limited, in 1995 and relocated to a new location in Leicester.

A Brief Introduction to Corgi Toys

Toys that were previously just for boys are now highly demanded models in the burgeoning collectibles industry because of the popularity of Corgi’s famous model cars.

Models that were formerly available for a few pounds are now worth hundreds of pounds if they are in mint condition and come with the original packaging.

Corgi cars, Lorries, and buses are now manufactured in limited editions and generally sell out within a few weeks of their introduction.

Even though the diecast model car collection is a relatively recent hobby, there are many old and new cars that you can purchase for just a few pounds.

Founded by the Mettoy Company of Northampton in the 1930s, the Corgi brand is known for its colorful, pressed metal toys.

Corgis were named after the Welsh dog for these three reasons— first, it was short and snappy; second, the models were produced in Swansea; and third, it’s a strong association with the Royals.

A fire caused the company to go out of business. Corgi Toys Limited was the new name given to the company after a management buyout took place in March 1984.

In 1989, Mattel purchased the Corgi brand and renamed the factory “Microlink Industries Ltd.” In 1995, Corgi restored its identity as a new company, Corgi Classics Limited, and shifted to a new location in Leicester.

What’s next? Now that you know a lot about Corgi toys, it is time to find if they’re valuable. You can find examples of Corgi toys sold for thousands of dollars in this post: How expensive are Corgi Toys? 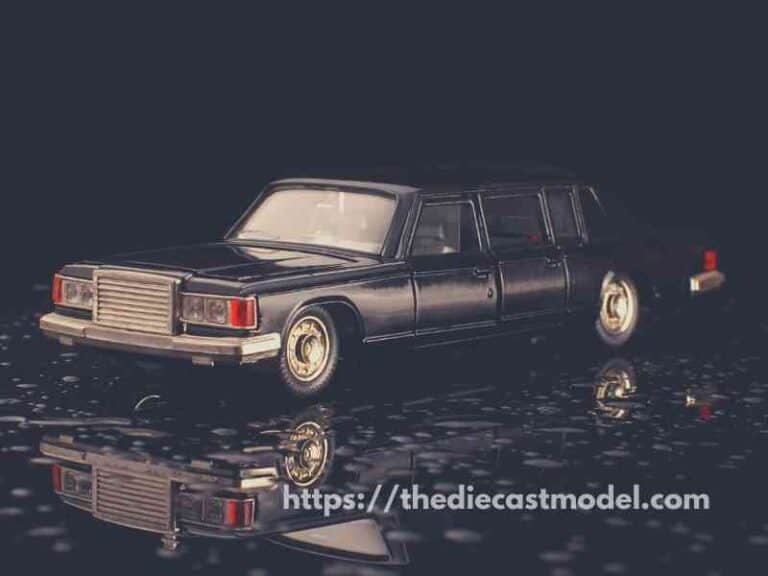 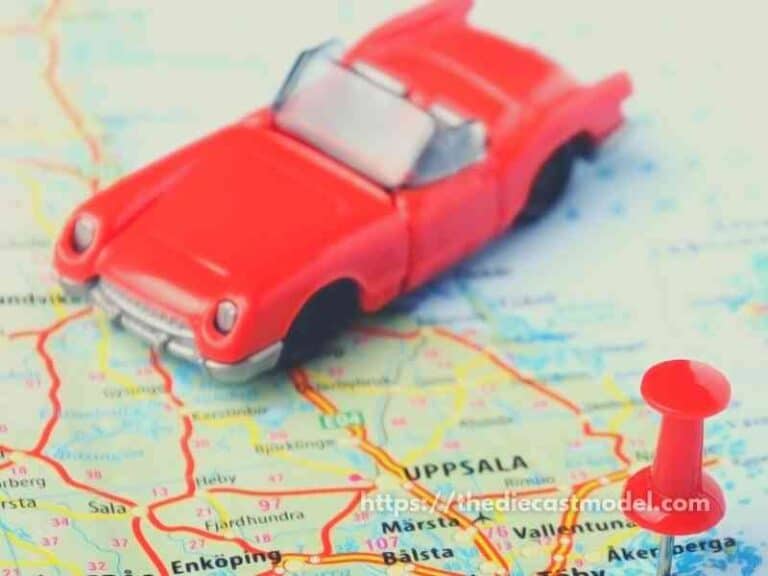 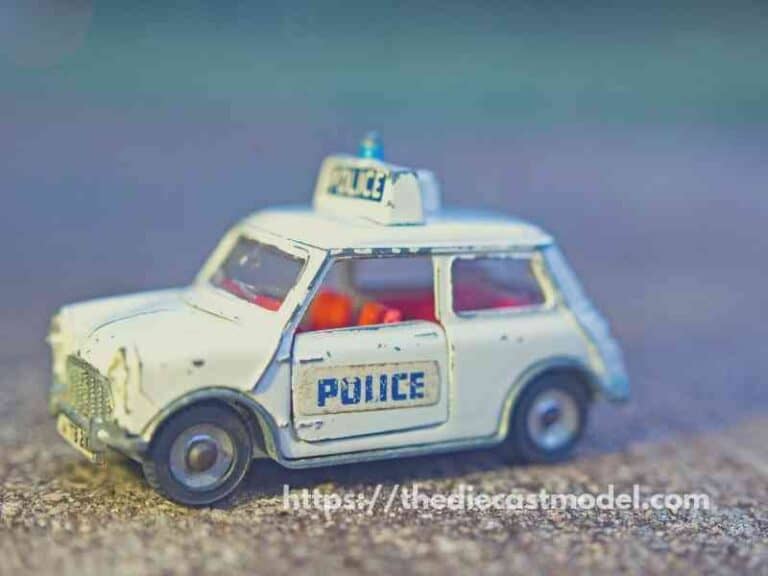 Several factors determine the value of a hot wheel model car. Among them, according to several experts, is selling the hot wheel car packaged in original package. But is this true that the hot wheel increases the value when in the package and loses value out of the package? As a general rule, Hot Wheels… 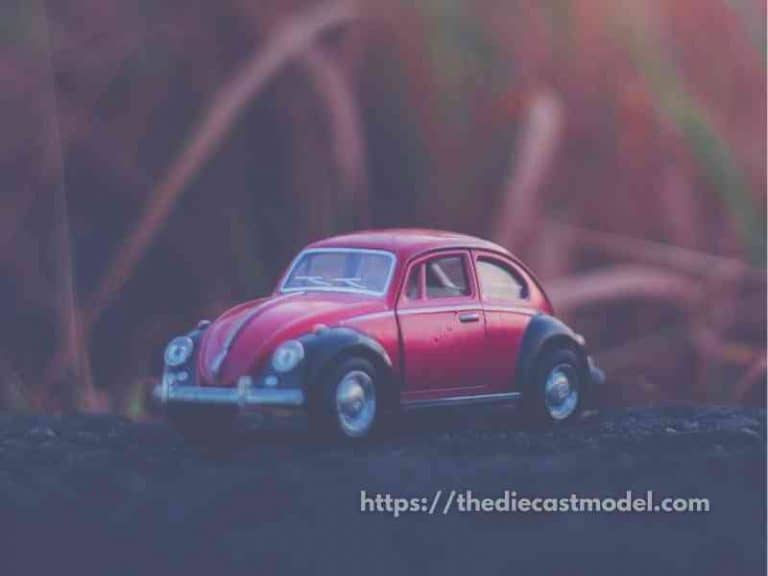 The JC Wings collection is known for its ready-to-assemble diecast commercial and military aircraft models that are highly detailed. The JC Wings, as well as the stands that come with it, are stunning. So it’s reasonable to make a comparison between them at this time. JC Wings Models are very good. Furthermore, they are made…