Model trains are a great hobby to learn basic repair and electronics while having fun, but many people are unaware of how many cars a model train can pull. This is a must-know for modelers as excess loads can strain the motor, damaging the train. But, generally speaking, how many cars can a model train pull?

Generally speaking, a model train can pull 10-20 cars per locomotive. However, pulling this much per locomotive can stress the train’s motor. Thus, it is advisable to pull only 5-8 cars, including the caboose, per locomotive, which reduces the workload of the motor.

This post will discuss how many cars a locomotive can pull, the factors that can affect the pulling power of the train, tips you can follow to increase the power output of your model, and a computation to know how many locomotives to put depending on the number of cars.

How much can one locomotive pull?

One model train locomotive can pull about 10-20 cars. However, pulling this much in a single locomotive can overly stress the motor. That’s why it is advisable to only put 5 to 8 cars per locomotive. However, there are things you can do to increase the power output of your train.

The number of cars a model train can pull is generally the same regardless of the scale. This means both HO, N, and O scale trains can pull about 10-20 cars depending on how the train is conditioned.

Lionel model locomotives can also pull 10 to 20 cars depending on how the motor and wheels are conditioned. Furthermore, the weight of the cars and the angle of the tracks can impact how many they can pull.

But why is the scale not a big deal on how many cars these trains can pull?

The reason is that the engine is usually bigger on larger scales. The larger the scale, the bigger the motor, and the more power it can release.

This means even if the cars on larger scale models are heavier, the train’s motor is also stronger.

Factors that can Affect How Many Cars a Locomotive can Pull

1. Quality of the Locomotive

Many factors can affect how many these locomotives can pull. Also, the quality of the locomotive also matters.

Why? Because high-end locomotives usually come with a stronger motor. That’s why high-quality locomotives can usually pull more.

2. Weight of the Cars

The weight of the cars is also an important factor in knowing how many cars a model train can pull.

Generally speaking, the heavier the cars, the shorter the train will be.

Some modelers use weights on their cars to get the NMRA recommended weight. Again, this is to help the train run smoothly.

However, adding weight comes with a price, which is it lessens the cars the locomotive can pull.

While you can reduce the weight of the cars to help your locomotive pull more, it is not advisable as the NMRA recommended weight is important to help the train run smoothly.

Model trains that run on a flat surface can carry more cars than those running on inclined planes.

This means your layout is a big factor in how many cars your train can pull due to gravity.

If your layout consists of uphills, gravity can work against your motor, which adds to the amount of weight it needs to pull.

This means if you have a very steep uphill track, such as mountains, you can’t use as many cars compared to a simple oval layout.

Model trains use motors and gears to run, and friction reduces the amount of force your motor can make.

When a motor produces power, the power is placed on the gears, which run until it reaches the engine. This series of events causes friction which reduces the overall power output.

Thus, reducing this friction is a good idea, especially if your locomotive is already old. This is usually done by adding some oil to the gears.

The wheels are essential in knowing the load your train can carry. Even if the motor can pull many cars, if the wheels will just slide on the rails, the train won’t run properly.

That’s why some modelers try their best to clean their wheels so they can properly stick to the rails.

Furthermore, dust or oil on the rails can make it slippery, affecting the number of cars a train can pull.

Tips to Increase the Number of Cars a Locomotive Can Pull

Train couplers are the ones that connect the cars, and high-quality couplers mean they can handle more load.

Thus, cheap couplers tend to break fast and are prone to decoupling.

To prevent this, it is a good idea to get a high-quality coupler as not only would they last longer, but they can also carry heavier loads.

Recommended Read: What if you don’t have enough money to make all of your couplers better? Then you need to think about their compatibility with one another. The good news is I made a post talking about that specific topic here: HO Couplers and their compatibility.

2. Apply Oil to Reduce Friction on the Wheels

As I explained earlier, friction can reduce the motor’s power output.

Thus, reducing friction, such as applying some lubricant or oil on your train, can significantly increase its power.

3. Increase the Traction of Wheels and Rails

As I said earlier, slick wheels can prevent your locomotive from pulling the load.

Thus, it is a good idea to increase the tires’ traction.

The easiest way to do this is to remove oil and dirt from your rails and wheels.

Another thing you can do is use a universal liquid plastic traction tire which you can apply to increase the traction of your tires.

However, be careful not to over-apply this liquid since it can induce too much friction if applied too much.

As we already discussed earlier, too much friction can significantly reduce the power output of your motor.

Where to find this liquid: The most common liquid traction tire brand is called Bullfrog. You can find it here: Bullfrog.

4. Reduce the Weight of the Cars

The weight can affect the number of cars your locomotive can pull.

Basically, the heavier the cars, the shorter your train will be.

While reducing the weight of your cars can increase the load of your train, it is still a good idea to stick with the NMRA recommendations in terms of weight as it will help your train run smoothly.

5. Reduce the Angle of Inclined Tracks On your Layout

The angle of your tracks can affect the power output of your motor because of gravity. Thus, if you can reduce the angle on your inclined planes, it will help your train run better.

However, this is not advisable, especially if you already have a large layout. Redesigning takes time, and adding another locomotive is better than redesigning your layout.

The motor’s output usually depends on the voltage you give.

Generally speaking, standard DC controls run up to 12 volts. This means that this is the maximum power it can give to your motors.

DCC controls can go as high as 20 volts which means they can give more energy. Thus your motor can produce more power.

Furthermore, DCC controls can adjust your train speed via JMRI or Javascript Model Railroading Interface. This allows you to adjust the power output of your train depending on your load.

Recommended Read: If you are interested in knowing the differences between DC and DCC, please check my other post here: DC vs. DCC

In the last section, I will share a simple computation on how many locomotives you should add depending on the cars you plan to attach.

While I gave some tips to increase the number of cars your model train can pull, it doesn’t mean that you should always maximize the cars on your train.

Generally speaking, going beyond 10 cars can stress your motor, and while the train will still run smoothly despite the load, the extra stress on the motor can cause it to break faster.

Thus, going beyond the recommended number of cars can damage the motor.

As a general rule, you should only put 5 to 8 cars in a model train so that you won’t strain your motor. However, if you plan to go for more than 10, it is advisable to put more than 1 locomotive.

My final tip is to help you know how many locomotives you need to use on your train. The simple rule is to divide by 5 if you have a low-quality locomotive and 8 if you have a high-quality one.

For example, if you plan to use 15 cars on your train, then if you only have cheap locomotives,

15 by 5. The answer is 3, which means you need to add 3 locomotives to pull this train.

If you have a high-quality locomotive, then divide it by 8.

Based on the computation, we can say that we need to put at least 2 locomotives to run a train with 15 cars.

What’s next? If you’re familiar with the N scale, you might realize that their market is growing as more people switch to smaller-scale trains. I made a post discussing the market potential of N scale models and some examples here: N scale worth. If you try visiting an O scale train modeler, you might wonder why their tracks have three rails instead of two. The third rail is a popular choice for O scale modelers, and some HO and N scale modelers started switching to the O scale. But what is the 3rd rail for? What is its… 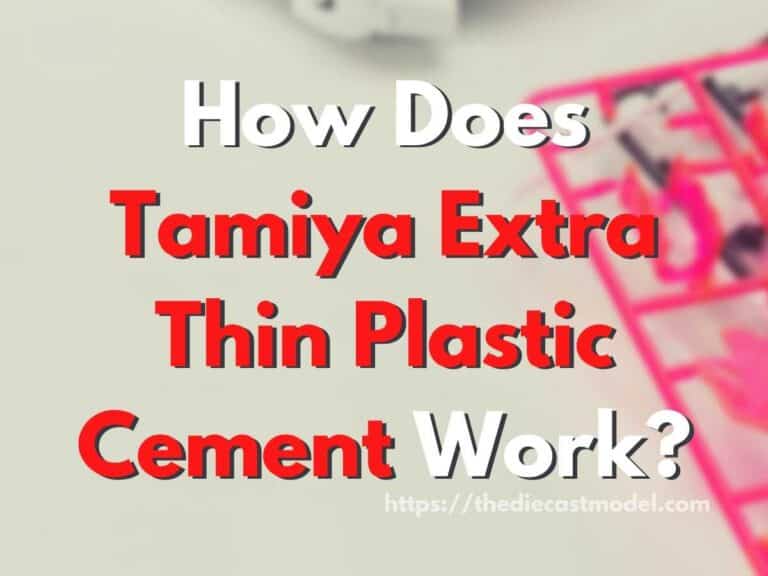