One of the exciting facts a Hot Wheel fan will stumble upon is the 1969 Hot Wheels series. It is not surprising considering that these models are one of the most expensive and one of the best collectibles made by Hot Wheels. How much are these old Hot Wheels worth? Well, I did some math to report the answer.

The data came from listing the 24 members of the 1969 Hot Wheels series and getting their highest and the lowest book value. After that, I got their average price then computed the mean and the median using data statistics. You can find the entire data table below.

But now, let’s get to the fun part as I will now briefly introduce the 1969 Hot Wheels.

After replacing Harry Bradley, Ira Gilford designed the entire 1969 Hot Wheels line and a portion of the 1970 designs.

For some perspective, Harry Bradley designed the 1968 Hot Wheels. However, he went back to the automotive industry and suggested that Ira Gilford replace him. For more information regarding their history, see the last section of this blog post.

Ira Gilford also created the Heavyweights and many of the Spoilers during his tenure in the position, which lasted until early 1969 before he left for private consulting.

Howard Rees took over for Ira Gilford and led the department for eight months, designing many of the 1970 models before leaving to head up Mattel’s space toy division.

In 1969, 24 new models were introduced, including the Grand Prix line. Mattel also introduced the infamous Volkswagen Beach Bomb that year, and it is still one of the most sought-after castings today.

Bruce Pascal, an ardent Hot Wheels collector from Washington, DC, owns what is thought to be the most expensive Hot Wheels car in the world— the above-mentioned 1969 version of the “Beach Bomb” Volkswagen bus valued at up to $150,000.

Interestingly, the model was a failed experiment.

For Hot Wheels’ second year on the market, designers wanted to include a California-style model of the famous Volkswagen bus.

The original Hot Wheels “Beach Bomb” had lifelike proportions scaled down to 1/64 scale, as well as tiny surfboards, sticking out the back window. The bus looked great, but it had severe handling issues.

Some prototypes were built with heavier bottoms to address the tipping issue.

One of these prototypes is Pascal’s. According to Pascal, only about 50 of the 144 prototypes of this particular model are known to survive today.

Hot Wheels designers eventually redesigned the model. The version sold to the market in 1969 was wider and featured a surfboard on the side.

Pascal purchased the pink Beach Bomb after reading newspaper articles about it selling for $72,000 in 1999.

When the sale fell through, Pascal contacted the owner and bought the car for more than $50,000.

The 1969 Red Baron Hot Wheels is the fifth most valuable Hot Wheels to date, worth more than $3,000. It is one of the most popular Hot Wheels and was even featured in the Toy Story film. The Red Baron was made due to the popularity of the Red Baron in the Peanuts cartoon.

There was a time when Snoopy’s imaginary battles with the Red Baron became popular in the “Peanuts” cartoon.

Because of its popularity, Monogram released a model kit featuring a stylized hot-rod with a German WWI infantry helmet (Pickelhaube) and an Iron Cross motif on the radiator in 1968.

Chuck Miller built a life-size working model of the car in1969, and Hot Wheels began producing a diecast version in 1970.

Interestingly, while the Hot Wheels version has fenders (mudguards in the UK), neither the Monogram kit nor Miller’s car does.

Mattel owned Monogram for a short time, and the Hot Wheels Red Baron was included as a bonus in some model kit boxes.

The Hot Wheels version, debuted in 1970, is one of the most popular and memorable Hot Wheels ever produced.

It was even seen in the Toy Story film, along with many other well-known toys.

The original version came with ‘Capped’ Redline wheels, ‘Spectraflame’ red paint, a pointed spike on the helmet, and a metal or rarer plastic ‘Collectors Button.’

The interior of some 1970 Red Barons has been discovered to be white rather than black.

Only a few of the 1970 Red Barons are known to exist, making them extremely rare.

They’ve either been found with a blank base or with the copyright information found on the regular release.

However, It’s still unclear if the release was a pre-production prototype or a tiny batch.

According to Michael Zarnock’s Warman’s Hot Wheels Field Guide: 3rd Edition (Values and Identification), the car is the fifth most valuable Hot Wheel to date, with an estimated value of $3,000 or more.

In the original packaging, no Red Barons with white interiors have been discovered yet.

Remember that the Red Baron has been re-released with a white interior, and these are NOT worth the price mentioned above.

Examples of Other 1969 Hot Wheels

*Price depends on the color and country of origin.

Remember that numerous factors can affect the price, such as if the model is outside the box, mint condition, clean, oxidation-free, and many more. You can also do some things to make their price go up upon selling. If you want to know how I suggest you check my blog post here: Buying and Selling Guide for Diecast Models

Data for the Price of the 1969 Hot Wheels

A little history on the 1969 Hot Wheels models

The Hot Wheels toy line has been a smashing success all around the world since its inception.

From 1968 on, the series disrupted the small diecast car model industry, forcing Matchbox and other competitors to rethink their concepts and scramble to recover lost ground.

Right now, Matchbox cars is a company under Mattel that also owns Hot Wheels. Despite being held by the same company, they still have some differences. You can find their difference in this blog post I’ve made: Hot Wheels vs. Matchbox.

The designer of the 1968 Hot Wheels models, Harry Bentley Bradley, didn’t foresee this and left Mattel to return to the automobile industry.

When the company asked him to return, he suggested a close friend, Ira Gilford.

Ira Gilford, who had recently left Chrysler, accepted the job of designing the next series of Hot Wheels models right away.

Ira Gilford designed some of the Hot Wheels’ most iconic vehicles, including the Twin Mill and Splittin’ Image.

The 1967 line’s success was further cemented in 1969 with the release of the first Hot Wheels cars.

This release established Hot Wheels’ position as the leading brand of small toy car models in the United States.

Revell is one of the known brands when it comes to plastic models. They are a German Company founded in 1956 due to the rising public interest in model replicas. That’s why they have a huge history and collectors would surely want to know more about these models. Revell makes good models because their models… Many old modelers would probably know about Mantua trains as they are one of the top-notch brands and the pioneer of the HO scale. Thus, Mantua’s train has a long interesting story that I would like to share today. But in a nutshell, what are Mantua trains? Mantua Trains is a model train producer that… One of the model brands that made its name for its quality is AUTOart. It is one of the companies that introduced a newer system of diecasting which is the ABS composite system. It is significantly different from the traditional zinc diecasting which the majority are familiar with. But what exactly is AUTOart composite? Let’s… 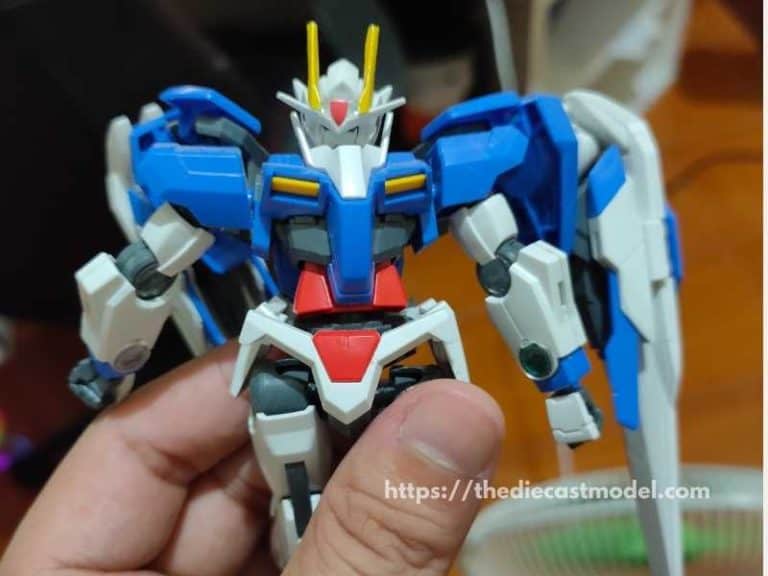