One of the roadblocks for people trying to get into Gunpla models is its price. When I was starting to build these models, I was often surprised by how much they cost, considering they are made with plastics. As a result, I often wished for a guide on the average price of these models to know if I was getting a good deal. Thus, I decided to write an average price guide for Gundam models to help new modelers.

This post will give the average price of Gundam models and their price range. This can help beginners assess if they are getting a good deal. Furthermore, I introduced factors that can greatly affect the model’s price.

How much is Gundam worth?

Generally speaking, a Gundam model’s worth depends on many factors such as the type of Gundam, rarity, grade, size, etc. The grade is the biggest factor, with the highest grade being the most expensive. For example, the highest grade models usually cost around $310, while low-grade models can be bought for as low as $10.

Recommended Read: For an extensive guide discussing the differences between Gundam grades, please check this post: What are the different Gunpla Grade? A Fully Detailed Guide.

Since grade is the most significant factor in the Gundam model’s price, I separated their price range based on grade.

But what are grades? Some beginners think that grades are the model’s scale. However, that’s incorrect.

A model can have the same scale but different grades.

But what separates these grades are the details.

In this case, RG is generally more detailed than HG models.

That’s why if you check the price, RG Gundams will usually be more expensive than HG models.

Among these grades, the cheapest is the Super Deformed (SD) grade. It is easy to find SD models worth only $10 in stores.

SD Gundams are considered the “Chibi” Gundam because they often have large heads and are small in size.

They are often preferred by people who like Chibi models.

Here is a sample of an SD Gundam.

SD Gundams aren’t realistic. Thus, most beginners who would like to build realistic Gundam models opt for HG models.

On the other hand, the highest grade Gundam is the PG or Perfect Grade Gundam. As the name implies, these models are the best, and Bandai only produces PG Gundams if the model passes their quality standards.

Thus, these PG Gundams are generally the most expensive among the grades and would usually cost about $300.

Grades are a big factor in knowing a Gundam’s worth, but more factors can affect their price. We will discuss these in the next section.

Here is a photo of a PG model.

Factors that Affect Gundam Model’s Worth

Here are the factors that can affect a Gundam model’s worth.

As we discussed earlier, Grades are one of the biggest factors affecting a Gundam’s price.

The Perfect grade models are considered the most expensive, followed by MG, RG, HG, and SD.

Basically, the more detailed the models, the more expensive they can be.

However, grades aren’t the only ones that can affect a model’s price. So let’s look at other factors.

Size is a big factor in a model’s price.

The larger the model, the more materials are used in producing them. This makes them more expensive than smaller models.

On the other hand, PG is considered to be the largest since they are on the 1/60 scale. Thus, they require more raw materials to produce.

That’s also why if we go back to my arrangement from the most expensive to the least expensive, we can see a pattern.

One thing we could notice in the table is the price range. While I gave the average price, some models would cost less than average, and some would cost more.

This is because rarity also matters.

Furthermore, some rare models would reach higher than the price indicated above.

For example, models such as Ver. Ka or P-Bandai are expensive as they are considered limited edition models.

These models’ prices can cost a lot more than their ordinary counterparts.

These models’ prices are driven by demand. The more demand, the higher the price.

For example, this is my photo with MG Sinanju Ver. Ka which costs around $160, but ordinary MG models cost about $80.

Another factor that can affect a Gundam model’s price is design.

For example, well-painted models can cost a lot since people often buy them for display purposes.

This is where Gundam modelers improve their painting skills.

Furthermore, this is where modelers are talking about concepts such as kitbashing, where they combine different models to create their unique Gundam.

These are advanced concepts but generally speaking, the better your model looks, the more expensive it can get when you sell it on places such as eBay or Facebook.

When you check Gunpla kit marketplaces, you will see that sellers would often indicate the condition of the model.

Generally speaking, built Gunpla kits cost 50% less than unbuilt kits. This is because most modelers prefer building their own kits.

Some people would also buy rare kits, keep them for some time, and then sell them when the demand is higher.

However, some modelers that are good at designing their models can often sell their models higher than the cost of the kit since some people buy these models for display purposes.

What’s next? Now that you know the worth of Gundam models per grade, how about understanding the factors that make these models expensive. Why would a product that’s entirely made of plastics reach hundreds of dollars? I made a post discussing this topic and if you’re interested, you may check it here: Why are Gundam Models expensive? 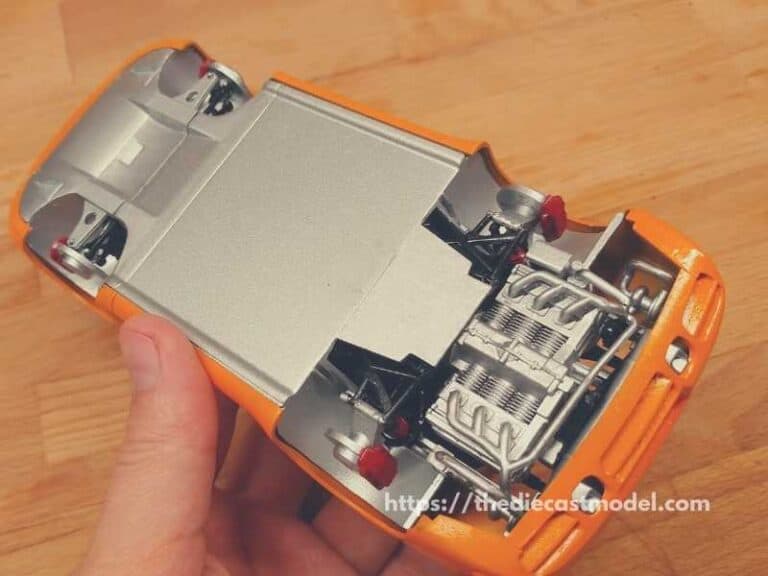 I am one of those people who always wonder why plastic models are now expensive. For one, we have access to plastics at a very low price. You can see plastics everywhere, but when I look at the cost of those plastic models such as Revell and Tamiya, I am pretty perplexed why their price…