One of the stumbling blocks when starting to build Gundam kits is the difficulty. Most would ask what if they couldn’t finish the Gunpla kit because it might be too complex for them. This post aims to answer this question. Are Gundam models easy or hard to build?

Gundam models can be hard or easy to build depending on the type of Gundam and grade. The type of Gundam is a huge factor in knowing the difficulty. For example, the Gundam Qan[T] and Zaku are easy to build. Furthermore, grades matter, and generally speaking, HG model kits tends to be the easiest, and PG models tend to be the hardest.

This post will discuss what makes Gundam kits hard and easy to build. We will also discuss where a beginner should start and some preparations necessary to ensure you’ll finish your first kit.

Are Gundams hard to build?

Gundam models, particularly the MG, RG, and PG models, are hard to build because they have a lot of small and delicate parts to snap-fit. However, HG Gundam models are easy to build as they have fewer parts. Thus, beginners should always try HG models before attempting more difficult grades.

Many beginners worry that they can’t build their first Gundam as it can be challenging to build them from scratch.

The truth is the difficulty of building these models depends on two main factors.

One factor contributing to the model’s difficulty is the model type.

There are a wide variety of models. Currently, there are about 2,300 different Gundam models, each having its unique appearance and design.

The surprising thing is Bandai releases 30-40 new models each year.

This means even if two Gundams are in the same grade, their accessories and design can affect their difficulty.

Recommended Read: Want to know more about the different types of Gundams? Then, I think you’ll enjoy reading this post: How many different Gundam models are there?

For example, while HG models tend to be easy to build, it is a different story when we talk about HG Neo Zeong. Neo Zeong is a huge model and is larger than most PG models.

Most modelers consider the HGUC Neo Zeong to be a pretty difficult model despite being HG.

If you’re confused about grades, we will discuss it later. But you need to understand that the type of Gundam matters.

Another notable example is RG models. While RG models tend to be considered very hard models, there are RG models that are very easy to build.

For example, beginners can start with an RG Gundam Qan[T] since they are relatively easier to build than other RG models.

Recommended Read: Since HG models are considered the best for beginners, how about RG? I talked about RG Gundam Qan[T], but for sure, there is more than one easy-to-build RG model. I spoke about those models in this post: Are RG models Hard to Build?

The type of Gundam is a huge factor in knowing the model’s difficulty.

But the truth is, with more than 2,300 different Gundam models circulating, it can be hard to distinguish the difficulty based on the type.

That’s why most modelers would use grades to distinguish if the model is hard or easy to build.

As a general rule, the easiest to build is HG, followed by MG, then RG, and then PG.

HG stands for High Grade. They tend to be the easiest to build as they have the fewest parts.

RG and MG tend to have the same number of parts and difficulties. However, since RG is smaller, old modelers would often have trouble building them due to their small size.

That’s why MG tends to be easier as their parts are larger. Hence, easier to see.

The hardest among all of these is the PG grade, which stands for Perfect Grade. They are also considered to be the largest commercially available Gundam model.

Experienced modelers can take weeks to finish a PG model since they have the most parts. However, they are the most satisfying to build.

An example of a PG model is my selfie at the start of this post because the thing you see there is a PG Gundam Wing Zero.

Here is another example of a PG Gundam to have a better look at its details.

There are also SD or Super Deformed Models, which others call the “Chibi” Gundams. They tend to be easier and cheaper than HG.

However, since they are Chibi Gundams, they aren’t recommended as practice for more complicated models.

Basically, beginners should start with an HG since they are more realistic than SD. Furthermore, they are easy to build.

Once you get familiar with HG, then try RG or MG.

I know someone who started the hobby by building an RG model. While it is a challenge for a complete beginner, he was able to finish building the model.

So, if you want to have some challenges, you can always start with harder grades.

Regardless, building Gundam models, no matter the grade, is easy. Bandai has done an excellent job in making their models easy to build by removing complicated steps.

Why? Let’s talk about that in the next section.

Is it Easy to Build Gundam?

Building Gundam models is easy since most of their models don’t require any gluing and painting. Their models are often snap-fit, which means parts would often fit together without any glue. Furthermore, their plastics are colored, which removes the need for painting. Lastly, all of their kits come with a detailed instruction manual which makes them easy to build.

While some Gundam grades are hard to build, the only difference in difficulty these grades have is the time it takes to assemble them.

The more parts, the longer it takes to finish the model.

However, Gundam kits are easy to build as the most complicated steps are unnecessary.

In fact, the only skill you need to have as a Gundam modeler is to master how to use a model nipper.

Everything else, such as painting and gluing, is not necessary.

While it is true that painting and gluing can make your models look better, they aren’t required to build a Gundam model.

Gunpla kit’s parts often snap together. This means you wouldn’t need glue to build these models.

Furthermore, their sprues and runners are colored, which removes the need for painting.

But what I like about these model kits is that they come with an instruction manual.

Instruction manuals such as the one you see above make this hobby very easy.

As long as you can follow the instructions inside the manual, there is no way you’ll be lost while building these kits.

What’s more, the sprues and runners are often labeled, so you will know the specific part the instruction manual is talking about.

Here is a sample picture of the sprue and how the parts are labeled.

As long as you can read these labels and follow the manual, you can finish the model regardless of the grade.

Thus, even complete beginners can finish an RG model despite its considerable number of parts.

For these reasons, building Gundam models is very easy. While it may be hard at the start, it gets easier the more you get experienced in the craft.

Whether it is easy or hard depends on the grade and type of Gundam you bought.

Nevertheless, the fun in Gundam models comes from the time it takes to build them.

So, enjoy each moment you build these models. Even if you find it difficult, it gets easier the more you experience creating them.

Generally speaking, building Gundam models is easier than other models because most of their models are snap-fit and don’t require gluing. Furthermore, they come with decals and colored sprues which makes painting optional.

Thus, beginners would perceive building Gunpla kits as easy as long as they can follow instructions.

If you’re starting to build Gunpla kits, I suggest you try HG kits first as they are easy and have few parts.

Once you become comfortable building them, then that’s the time you try more complex grades such as RG and MG.

If you have a long break, try PG, which is the hardest but the most rewarding.

What’s next? So you’ve decided to try Gundam models. The next thing you might worry about is if investing in these models is a good idea. I discussed the same topic in this post if you’re interested: Are Gundam Models a Good Investment? 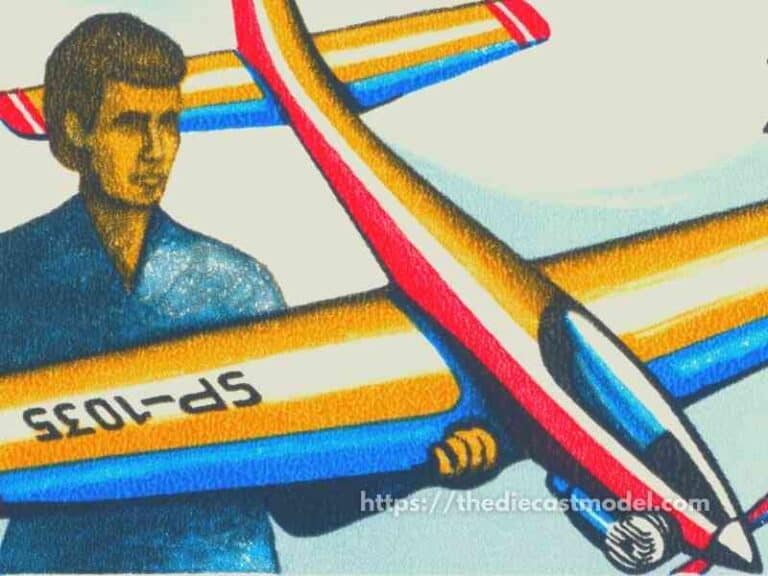 As a collector, what factors do you consider the most important? Is it the attention to detail, the model’s backstory, or a recommendation from friends and family? It’s OK to choose whatever makes you happy, but the scale is one of the most important ones. Scale is a significant but entirely overlooked factor in diecast… 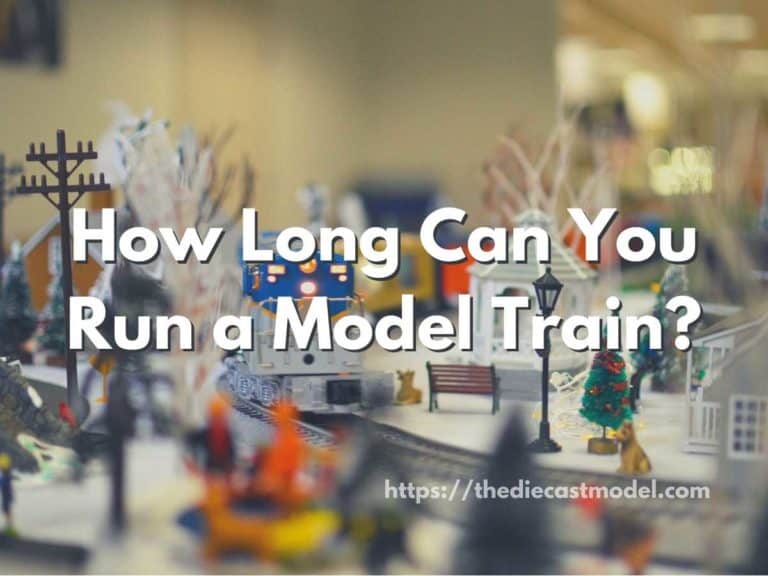 After building your train layout, you might get super excited to run them for a long time. However, you might worry if you would be stressing your model’s motor. Trains are a great display but running them for longer than they can would break their motor. Thus, we need to understand how long we should…